Among all the different types of watches available, the chronograph remains one of the most popular. And within the luxury chronograph watch space, there are a handful of models that have earned iconic status thanks to their distinct designs, renowned brand names, and impressive performances. Join us as we have a look at 5 iconic chronographs and discuss their histories, evolutions, and current standing.

But First, What is a Chronograph?

Many chronograph watches are also furnished with a type of scale for specific measurements. For instance, the tachymeter scale can be used to measure average speeds or distance of moving objects, which is ideal for motorsports. Furthermore, pulsation scales can help doctors calculate pulse rates while slide rules can help with select arithmetic or conversions.

While chronograph watches can come in a number of variants, such as mono-pushers, flyback chronographs, rattrapante chronographs, and so on, the majority of chronographs on the market today are standard ones that typically follow the design language we outlined above.

Derived from the words “navigation” and “timer” the Breitling introduced the Navitimer in 1952 as an evolution of the previously released Chronomat. The Breitling Chronomat, which made its debut in 1940, was a chronograph that included a circular slide rule, positioned as a tool watch for mathematicians, scientists, and engineers.

On the other hand, the Navitimer, which was also equipped with a circular slide rule, was developed specifically for pilots. The combination of the chronograph function and slide rule helped aviators figure out flight-related calculations like fuel consumption, rate of climb/descent, and distance of climb/descent

Six decades later, the Navitimer is not only Breitling’s flagship model but also one of the most iconic chronographs ever made. Characterized by the circular slide rule on the dial operated by the rotating bezel, the Breitling Navitimer is always recognizable despite the abundance of variations available.

In 1957, Omega unveiled the Speedmaster chronograph watch. Created specifically for motorsports, this was the first chronograph to move the tachymeter scale from the dial to the bezel for better legibility.

While Omega developed the Speedmaster for car racing, the chronograph soon became associated with something even greater. In 1965, the Omega Speedmaster was officially designated as “flight-qualified by NASA for all manned space missions” and the watch made history when it accompanied the three astronauts of Apollo 11 on their journey to the Moon. When Buzz Aldrin became the second person in history to step onto the lunar surface, he was wearing his Omega Speedmaster Professional chronograph and the watch quickly became known around the world as the Moonwatch.

In 1963, Rolex released a new chronograph model called the Cosmograph. Like many chronographs of the era, Rolex positioned the Cosmograph as the ultimate watch for motor racing. So much so that Rolex added the name “Daytona” to the watch that first year to emphasize its partnership with the famous Daytona Speedway in Florida. Today, the watch is simply known as the Daytona and it is arguably the most famous chronograph model in the history of watchmaking.

Finally, the third and current Daytona generation comprises of automatic chronographs that run on in-house Rolex made movements. These six-digit Daytona models are available in a range of materials including steel, gold, two-tone steel and gold, and platinum. Many of the newer models, such as the highly popular Daytona ref. 116500LN, are equipped with ceramic bezels.

The distinct square silhouette of the Monaco case allowed it to stand out from the traditional round cases of the era. The watch rose to prominence after Steve McQueen wore it in the 1971 film, Le Mans and it the TAG Heuer Monaco has remained one of the most iconic chronographs ever since.

In 1993, Audemars Piguet unleashed an evolution of its famed Royal Oak watch in the form of the Royal Oak Offshore. The watch was designed by AP designer Emmanuel Gueit, who used Gerald Genta’s original 1972 Royal Oak as inspiration but beefed it up to attract a younger audience.

Along with a larger case size and a prominent black gasket on the bezel, Gueit also furnished the watch with a chronograph complication. While the Royal Oak Offshore was not an immediate hit due to its aggressive style and hefty proportions, it has since become an icon in its own right and one of Audemars Piguet’s top-selling models.

Over the years, Audemars Piguet has expanded the ROO collection to include dive watch models, complicated models, and ladies’ models, yet it is the Royal Oak Offshore Chronographs that remain the most popular.

A serious watch collection deserves to have at least one chronograph model within the mix. And if you’re looking for a top-tier example from some of the very best watch brands in the business, then any of the five iconic chronographs outlined above is a great starting point. 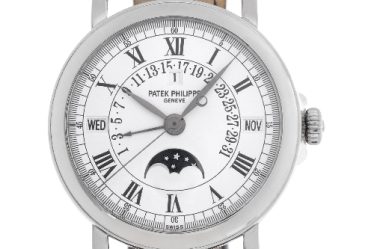 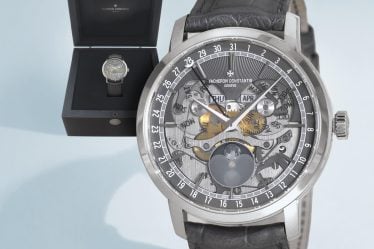 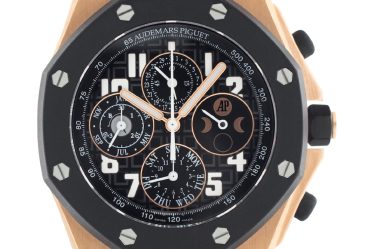