It typically takes a very long time for a watch to establish itself as an icon. Think Submariner, Navitimer, Speedmaster, Calatrava, and so on. These are all watches that are well over 50 years old. The Lange 1 by A. Lange & Söhne on the other hand, turns 25 years old this year. And in less than three decades, the Lange 1 watch has no doubt reached iconic status. How did the renowned German watchmaker achieve this? Let’s get a closer look at the legendary Lange 1 timepiece to find out.

The Resurrection of A. Lange & Söhne

In 1845, watchmaker Ferdinand A. Lange established his workshop in the town of Glashütte, Saxony, Germany. He went on to establish a reputable name for himself and counted some of the world’s royalty as clients. In fact, Ferdinand A. Lange paved the way for what would become a thriving watch industry in Glashütte by training the residents to become watchmakers themselves.

The Lange family continued the founder’s legacy for generations until World War II. During the War, most German watch manufacturers were forced to make watches for the country’s military. On May 8, 1945–just hours before the war was declared over–an air raid all but decimated Glashütte.

Walter Lange, Ferdinand A. Lange’s great-grandson and also a trained watchmaker, returned to his family’s business after fighting in the War to find almost nothing there. Walter Lange worked to rebuild the company back until he ultimately fled to West Germany in 1948 to avoid the rise of East Germany. In 1951, the East Germany government established the nationalized VEB Glashütter Uhrenbetriebe (GUB) and appropriated all the watch companies in Glashütte.

The reunification of Germany in 1990 allowed 66-year old Walter Lange to return to Glashütte to re-establish his family’s legacy. Finally, in 1994, Walter Lange, along with his associates Günter Blümlein and Hartmut Knothe, unveiled four new watch models that signaled the resurrection of A. Lange & Söhne. Those four watches were Tourbillon Pour le Mérite, Saxonia, Arkade, and of course, Lange 1. Since that fateful day in 1994, the Lange 1 has remained relatively unchanged and became A. Lange & Söhne’s signature timepiece.

One of the main reasons the Lange 1 watch is so recognizable is because of its distinct dial layout. Divided into four sections, the face of the Lange 1 is intriguingly asymmetrical yet beautifully balanced. First, we see the famed outsize date window, which takes its design cues from the 5-minute clock at the Dresden Semperoper Opera House, and houses digits that are three times larger than standard date numbers.

Adjacent to the date is a single hand that serves to indicate the watch’s remaining power reserve by pointing to the AUF/AB (Up/Down) text on the dial. Following this is a small subdial for running seconds. Completing the dial is another subsidiary dial for the hour and minutes.

The unique dial of the Lange 1 is encased within a 38.5 mm case, exclusively crafted in precious metals such as yellow gold, white gold, rose gold, platinum. To emphasize the elegance of this ultra-luxurious German timepiece, the Lange 1 is always fitted with a leather strap.

Along with the dial, another distinct feature of the Lange 1 is its mechanical movement, seen via the sapphire caseback. German watchmakers and Swiss watchmakers have different approaches to making mechanical movements. Glashütte movements typically use the three-quarter plate, which was in fact invented by none other than Ferdinand A. Lange in 1964. As its name implies, the three-quarter plate caliber includes a plate (normally made from German silver) that covers about 3/4 of the movement, leaving the hand-engraved balance cock and screw balance wheel exposed.

The first generation of the Lange 1 watch ran on Caliber L901.0, followed by the brand new Caliber L121.1 in 2015. Both are hand-wound movements, both are built entirely in-house, and both offer a power reserve of 72 hours.

Thanks to its design and storied history, the Lange 1 is truly a special watch. And to celebrate the model’s 25th anniversary, A. Lange & Söhne is releasing no less than 10 different Lange 1 models throughout this year, each in very limited quantities. A fitting way to celebrate a Silver Birthday, indeed! 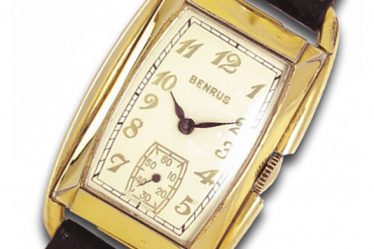 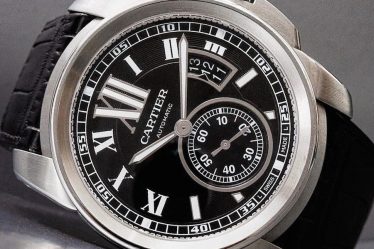 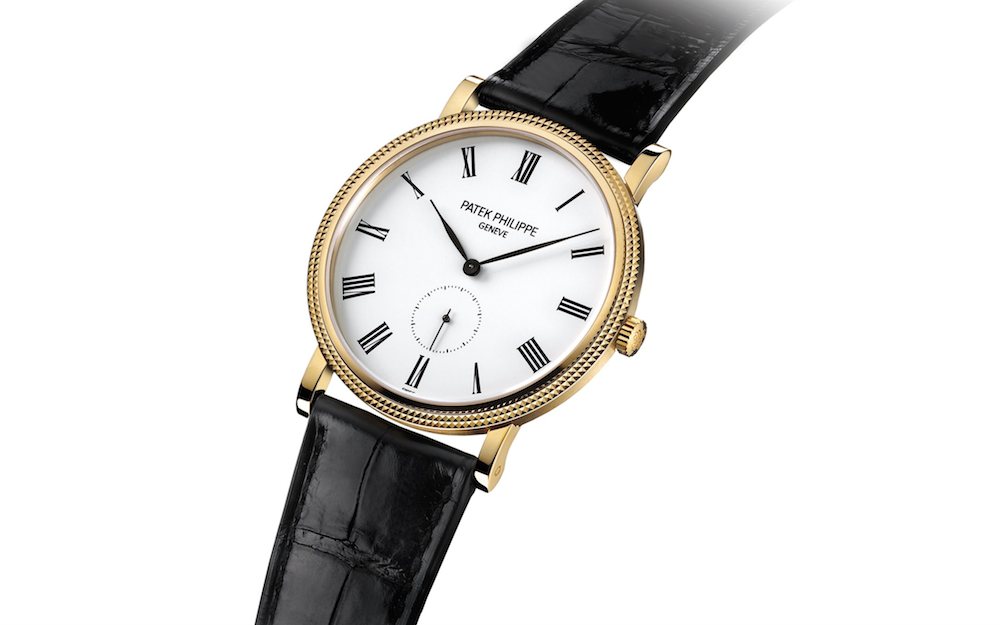