The History and Evolution of the Rolex GMT-Master

As the leading luxury watchmaker in the world, Rolex has a long line of hits. From the Daytona to the Submariner to the Day-Date to the Datejust, there are so many must-have Rolex watches out there. However, when it comes to a Rolex that blends looks and real-life practicality, the GMT-Master is at the top. What started as a tool watch for commercial pilots has now become one of Rolex’s most desirable sports watches to not only own, but also to collect. What makes the GMT-Master so popular and desirable? To answer that, we take a look at the history and evolution of the Rolex GMT-Master.

It all began in the 1950s when Pan American World Airways approached Rolex to design a timepiece able to display a second time zone for their fleet of pilots. In 1955, Rolex unveiled their creation with the GMT-Master ref. 6542.

The stainless steel GMT-Master ref. 6542 sported a 38 mm Oyster case, which was water resistant to 50 meters. The black dial housed a pair of luminous Mercedes-style center hands for the hour and minutes, a sweeping seconds hand with a luminous dot, and a red extra 24-hour hand with a luminous large triangular tip. There were also the luminous round, baton, and triangular indexes for hour markers and a date window at 3 o’clock. Protecting the dial was an acrylic crystal with the essential protruding Cyclops lens to magnify the date window.

On top of the case sat the GMT-Master’s most distinguishing feature—the bi-colored rotating bezel marked to 24 hours. It was the combination of the 24-hour bezel and the extra 24-hour hand on the dial that allowed pilots to read a second time zone. All the wearer had to do was turn the bezel so that the hour in the second time zone (often Greenwich Mean Time (GMT) for pilots, hence the name of the watch) aligned with the red triangular-tipped hand. Deceptively simple to use, yet immensely practical.

Furthermore, the use of red and blue on the bezel was done to differentiate between daylight hours and nighttime hours. The iconic red and blue bezel now goes by the nickname “Pepsi.” It’s important to note that early editions of the GMT-Master ref. 6542 came with Bakelite bezels with luminous radium numerals. However, because Bakelite had a tendency to crack, Rolex replaced them with aluminum bezel inserts starting in 1956.

Although the GMT-Master ref. 6542 was only in production until 1959, Rolex did use three different movements over the course of the manufacturing run. First, the Caliber 1036, followed by the Caliber 1065, and finally, Caliber 1066.

In 1959, Rolex replaced the maiden GMT-Master with the GMT-Master ref. 1675 and the new reference brought about a host of changes to the model.

The Oyster case grew to 40 mm and it now included crown guards around the winding crown, thereby offering a more robust take on the GMT-Master than its predecessor. In early models of the GMT-Master ref. 1675, the crown guards were pointed in shape but they were eventually replaced by straighter ones. The pointed crown guard (PCG) GMT-Master 1675 watches are highly sought after in Rolex collecting communities.

Another change present in the GMT-Master 1675 was the new Caliber 1565 powering the watch with the instantaneous date feature. This means that at midnight, the date “jumps” to the next day rather than a slow and gradual turn. The Caliber 1565 operates at 18,800 beats per hour. With the new movement, Rolex also replaced “Chronometer Officially Certified” on the dial with the now familiar “Superlative Chronometer Officially Certified.”

In the mid-1960s, Rolex began fitting the GMT-Master with the higher-beat Caliber 1575 with a frequency of 19,600bph. And in 1971, Rolex enhanced the Caliber 1575 with the hacking feature, meaning that the seconds hand comes to a complete stop when the winding crown is pulled out.

Produced until 1980, the ref. 1675 is the longest running GMT-Master in Rolex’s history and as a result, many variants were added to the mix. In the 1970s an all-black bezel version of the steel GMT-Master 1675 was added to join the popular red and blue “Pepsi” version.

The biggest enhancement of the third reference of the GMT-Master was the automatic movement inside the case. The GMT-Master ref. 16750 runs on the Caliber 3075, which not only includes a higher frequency rate of 28,800bph but also introduced the quickset date feature. Therefore, wearers can now adjust the date separately without having the continuously turn the center hands past midnight.

Finally, the full yellow gold GMT-Master Ref. 16758, also with the choice of a black or bronze bezel. Similar to previous versions, the two-tone and full gold GMT-Master ref. 1675x watches came fitted with nipple dials. However, there was also the option of the Serti style dial, which included diamonds and other precious gems such as sapphires and rubies.

The GMT-Master ref. 16750 has a relatively short run until 1988, when it was shelved to make way for a new version.

Rolex unveiled the GMT-Master ref. 16700 in 1988 and unlike the past two families of GMT-Master watches, this generation was only available in stainless steel. There was still a choice between a black bezel and a red and blue one.

The movement inside the GMT-Master Ref. 16700 is the Caliber 3175, which in fact has the same specs as the previous one. It’s interesting to note that during this time, Rolex also introduced the GMT-Master II model, which allowed wearers to read three time zones instead of only two thanks to an independent GMT hand. Therefore, the GMT-Master ref. 16700 was the lower priced alternative of the new GMT-Master II watch.

New to the GMT-Master ref. 16700 was the sapphire crystal replacing the older acrylic ones and the white gold surrounds on the luminescent indexes on the dial. Furthermore, GMT-Master ref. 16700 watches made prior to 1998 used tritium as luminescence on the dial while those made after that year used SuperLumiNova. A simple way to tell which version of the 16700 you have is if it says “T<25” on the dial then it uses tritium.

In 1999, Rolex phased out the GMT-Master watch entirely to focus exclusively on the GMT-Master II collection. Over the course of just 44 years, Rolex’s signature pilot watch became an absolute icon and set the standard for what a luxury sports watch could be. 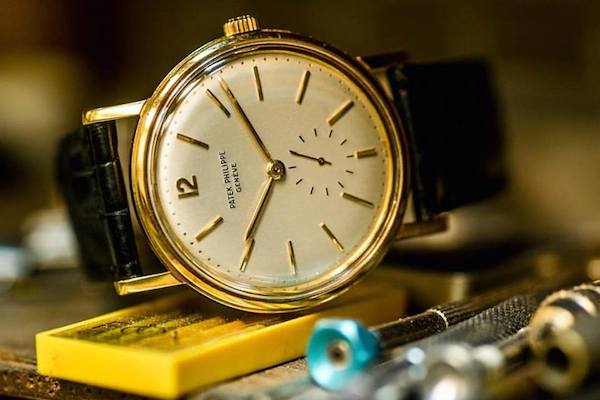 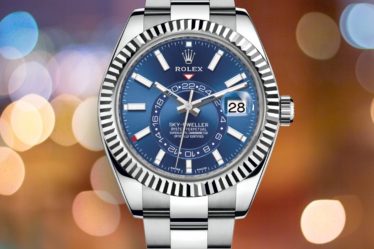 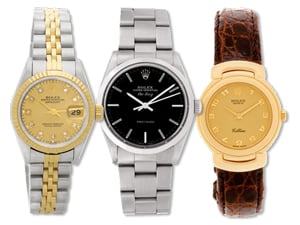