Renowned for its mechanical mastery, Patek Philippe boasts a vast assortment of complications to its name including perpetual calendars, chronographs, annual calendars, minute repeaters, dual time zones, world timers, and many others. In 2016, Patek Philippe unveiled a brand new model that combined a chronograph and world timer complications. Patek had done this only once before over 80 years ago in the form of a unique piece, which served as inspiration for the modern iteration. For this edition of our Watch of the Month, we’ll be examining the strikingly handsome and mechanically impressive Patek Philippe World Time Chronograph 5930G.

The vintage one-off timepiece that inspired the new ref. 5930G was the Patek Philippe No. 862 442 from 1940, which is now displayed at the Patek Philippe Museum in Geneva, Switzerland. The watch features a yellow gold case that houses a dial with both pulsimeter and asthmometer scales. Therefore, it’s presumed that this Patek Philipe watch once belonged to a doctor.

Although the idea of combining a chronograph with a world timer complication stems from the vintage No. 862 442, the design and mechanics of the contemporary Patek Philippe 5930G are of course, new to suit modern expectations.

The Patek Philippe World Time Chronograph 5930G features an 18k white gold case measuring 39.5mm in diameter and 12.86mm thick. The shape of the winglet-style lugs are borrowed from vintage Patek Philippe World Time watches from the 1940s and 1950s. There’s a rectangular time-zone correction button at 10 o’clock, which is similar in shape to the two chronograph pushers on the opposite side of the case. Both sides of the case are furnished with scratch-resistant sapphire crystals for a view of the movement from the back and of the dial from the front.

The blue dial of the ref. 5930G is vibrant and legible, despite all the information it displays to accommodate the world time, chronograph, and time functions. The periphery of the dial lists 24 cities to represent the principal 24 time zones across the globe. Next to that is a seconds scale (with quarter-seconds graduations) for chronograph measurements, followed by the continuously rotating 24-hour ring. Note that the 24-hour ring is split into two colors for easy differentiation between day and night hours, thus doubling as an A.M./P.M. indicator.

At the heart of the World Timer Chronograph is the new Patek Philippe CH 28-520 HU automatic movement. The movement brings together elements of Patek’s main chronograph caliber, the CH 28-520 PS, as well as the World Time module first developed by Louis Cottier in the 1930s.

There are a few notable things to point out with this particular movement. The chronograph is indeed a flyback variant, which means that the chronograph hand can be reset while it is in motion. The hand will fly back to zero on-demand and automatically start a new time measurement. Furthermore, since the chronograph hand is powered by a vertical clutch, the wearer can keep it running, to double as the seconds hands, without negatively affecting the watch. Additionally, it’s the world’s smallest and thinnest world-timer chronograph ever made.

The mechanics of the watch may be complex to build, yet the Patek Philippe World Time Chronograph 5930G is easy to operate. As is customary, the chronograph hand is activated by two pushers flanking the winding crown—the upper one to start and stop and the bottom one to reset. Moreover, the World Time feature is very user-friendly. The hour and minute hands at the center of the dial should be set to local time and the corresponding city on the rotating disk should be positioned at 12 o’clock. With one glance of the dial, the wearer can now quickly read local time at the center and the 23 other zones via the city disk. What’s more, adjusting local time whilst traveling simply requires pressing the button at 10 o’clock until the city that represents the new time zone is at 12 o’clock.

It took eight decades for Patek Philippe to resurface a timepiece that combines chronograph and world time functionality and the World Time Chronograph 5930G is now an important part of the brand’s current Complications collection.

An exquisite example of Patek Philippe’s enduring commitment to creating top-tier timepieces, the beauty and mechanical mastery of the 5930G is one geared towards passionate collectors and devotees of this renowned watchmaker. 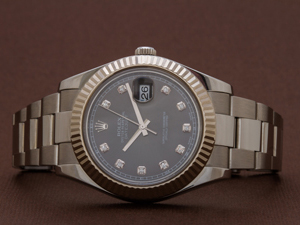 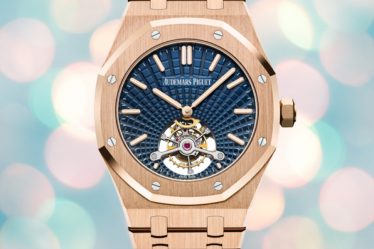