The Best Watches Spotted At the Critics’ Choice Awards 2020

As promised with our recent coverage of what watches were worn at the Golden Globes, we’re back with another round up of what watches celebrities choose to wear during award season. This time, we turned our attention to the Critics’ Choice Awards, which took place in Santa Monica, California, on January 12. From oversized watches from IWC and Panerai to classic choices from Breitling and Rolex, here are some of the best watches spotted at the Critics’ Choice Awards 2020.

Justin Hartley’s Omega Speedmaster Dark Side of the Moon

Part of the cast of NBC’s hit show, This is Us, Justin Hartley was nominated for Best Supporting Actor in a Drama Series at the Critics’ Choice Awards. While the actor didn’t opt for a traditional black tux–he opted for a dark green one instead–he did pick a black watch. His watch choice for the night was the Omega Speedmaster “Dark Side of the Moon,” featuring a black ceramic case and bezel, matte dark gray dial, and black leather strap. The only pops of color on the Omega Speedmaster watch came courtesy of the 18k Sedna gold (Omega’s proprietary rose gold alloy) bezel ring which matches the Sedna gold applied indexes and hands.

Milo Ventimiglia also stars in This is Us, and was on hand at the Critics’ Choice awards alongside all his co-stars to support the show, which was nominated in five categories that night. The actor has an affinity for luxury watches and we’ve seen him wearing a vintage two-tone Rolex GMT-Master, a vintage yellow gold Rolex Day-Date, and a few Omega Speedmaster models. But for the Critics’ Choice, Milo Ventimiglia wore an understated stainless steel Rolex Oyster Perpetual Date on a black leather strap to accompany his camel-colored silk tuxedo jacket.

Nominated in two categories (Best Director and Best Screenplay), Quentin Tarantino took home the award for Best Screenplay for Once Upon a Time in Hollywood. The famous director has been loyal to IWC watches for a while and the model on his wrist at the Critics’ Choice 2020 was the stainless steel IWC Big Pilot “Le Petit Prince” with a midnight blue dial and brown leather strap.

Nominated for his role in Marriage Story, Adam Driver lost out to Joaquin Phoenix in the Best Actor category. However, that’s unlikely to slow down his career, which really took off after he played Ben Solo / Kylo Ren in the Star Wars sequel trilogy films. Adam Driver also recently joined Breitling watches as an official brand ambassador, part of the brand’s “film squad” alongside Brad Pitt and Charlize Theron. So, for the Critics’ Choice award he, of course, donned a Breitling watch and picked the vintage-inspired Premier Automatic in steel, paired with a leather strap, for the evening.

To wrap things up, we also wanted to mention Taye Diggs, who returned as host of the awards show. On the official posters of the event, we see Taye Diggs wearing a steel Panerai Luminor watch on a leather strap, peeking from his sleeve cuff. The actor and singer has been a long time fan of Panerai watches, owning several Luminor models from the brand–so it’s not surprising that he would pair one with his tux.

While the above watches were some of our top picks of the best watches spotted at the Critics’ Choice Awards 2020, there are a few others worthy of honorable mentions. Kevin Pollak, who is currently part of the cast of The Marvelous Mrs. Maisel on Amazon, stepped out with a Panerai Radiomir watch on his wrist.

John Lithgow, who was presenting the award in the Best Director category wore his two-tone Cartier Ballon Bleu while Christopher Abbot, who stars in Hulu’s Catch-22 paired his forest green suit with a Tag Heuer Carrera on a vintage style mesh bracelet. And finally, Nicole Kidman paired her beautiful gown with a vintage Omega jewelry watch from the 1950s.

Congratulations to all the nominees and winners of the Critics’ Choice Awards 2020. Make sure to stay tuned for more “Best Celebrity Watch Spotting” round-ups from us here at Gray & Sons as we keep our eye on more upcoming award shows. We love seeing fantastic luxury watches out in the wild! 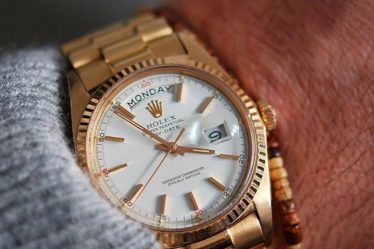 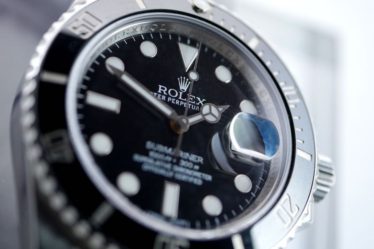 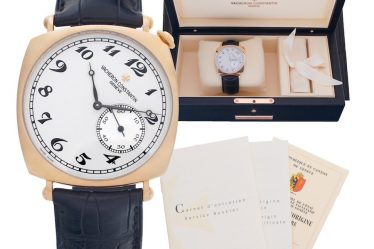