A staple of the Swiss haute horology world. Ulysse Nardin is arguably most famous for its marine chronometers, which it has been producing since the nineteenth century. At one point, the company even supplied to over 50 navies worldwide. It thus makes sense that, for 2017, which marks both their first-ever participation in the SIHH and the year of the America’s Cup in which they are partnered up with Sweden’s Team Artemis. Ulysse Nardin has expanded upon their Marine collection with a range of innovative new watches.

At Gray & Sons, we are specialized in high-end brands such as Ulysse Nardin and other used men’s watches. Not only are we a leading dealer of pre-owned watches in the Miami area. We also ship to all 50 states as well as select countries overseas.

During last year’s Baselworld, for the 20th anniversary of their Marine collection. Ulysse Nardin unveiled the Marine Chronograph Annual Calendar. This marine chronograph made waves as it featured an impressive pared down annual calendar that used just seven components as opposed to the 30 typical of an annual calendar. Taking inspiration from that timepiece, Ulysse Nardin has premiered the even simpler Marine Annual Calendar Chronometer for 2017, which — with a rich blue Grand Feu enamel dial — is in keeping with the brand’s maritime tradition.

Demonstrating technical excellence while maintaining simplicity—a philosophy of utmost importance to watchmaker Ludwig Oechslin. The man who helped shape the legacy of Ulysse Nardin—the Marine Annual Calendar Chronometer requires a date adjustment just once a year in February. The heart of the timepiece that enables this feat is the UN-113 caliber. A COSC-certified chronometer movement created entirely in-house, which includes automatic winding and a silicium escapement and spring that runs at a frequency of 4Hz or 28,800 v/h. Displaying the date at 6 o’clock, which is integrated within the small seconds counter. This movement is capable of taking into account months with 30 and 31 days thus, automatically adjusts the date accordingly. Balancing out the dial’s design is the 60-hour power reserve indicator at 12 o’clock.

Sized at a generous 43mm, the Ulysse Nardin Marine Annual Calendar Chronometer is an impressive piece, to say the least, and this is further exemplified via the Donzé Cadrans-designed Grand Feu enamel dial with guilloché pattern. Owned by Ulysse Nardin, Donzé Cadrans specializes in the ancient technique of enameling, which consists of the vitrification of enamel powder on a metallic base. A process so complex and fraught with risk that it translates into a particularly valuable dial. And the guilloché—an ornamentation beloved by watch aficionados—works especially well in this instance, as it is reminiscent of waves upon the sea.

Harmonizing with the blue dial, Ulysse Nardin has paired the Marine Annual Calendar Chronometer with a blue alligator skin leather strap that sports a steel folding clasp. One look at this watch and it’s undeniable that it pays homage to the power and purity of the ocean.

The Marine Annual Calendar Chronometer embodies Ulysse Nardin’s 171-year heritage, in which it has accumulated more than 18 gold medals and 4,300 first prizes at chronometric competitions and fairs globally. The rare brand that is able to balance its constant innovation with its traditions and value. It’s no wonder that Ulysse Nardin is held in high regard in the world of fine watchmaking and this new release only solidifies this revered position.

We are proud to be a leading used watch dealer with decades of knowledge and experience with luxury timepieces. If you are looking for a pre-owned women’s or men’s watch—whether an Ulysse Nardin or any other high-end watch brand—don’t miss our inventory of used watches for sale online HERE. 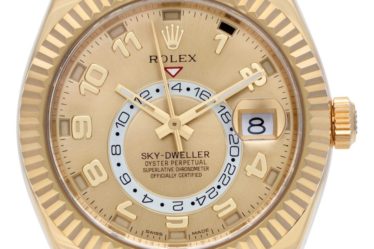 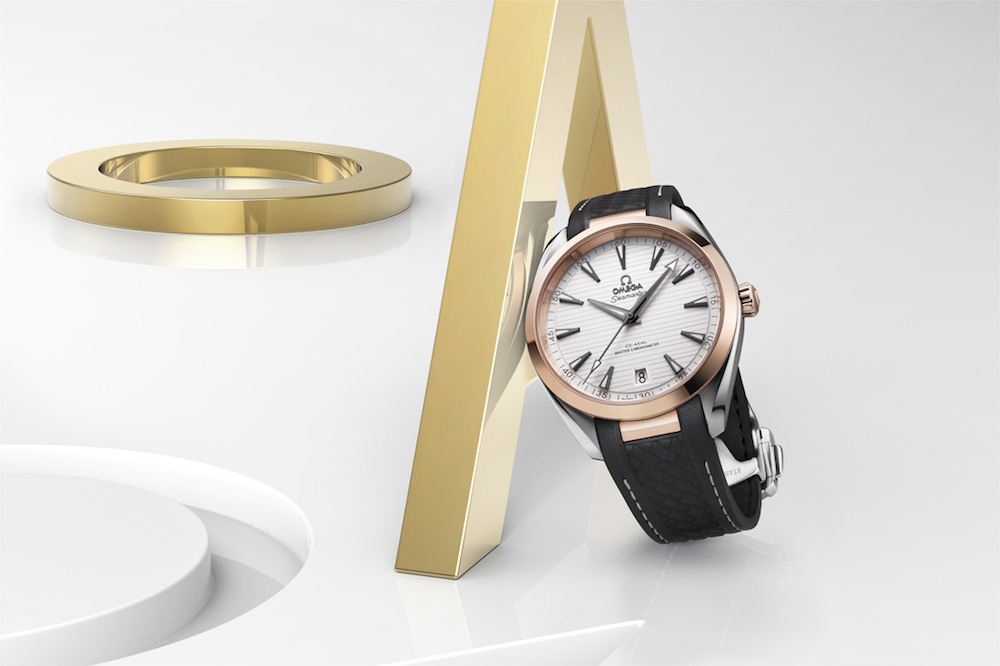