Dark Side of The Moon Omega Speedmaster: Making History

The moon landing did more than mark the first time humans walked on land in outer space. It also allowed us to utilize technology to reach far horizons. We also got the first watch on the moon, to help the astronauts. This was the Omega Speedmaster.

A Watch For The Moon Landing

NASA astronaut Wally Schirra wore an early version of the watch for a 1962 space mission on the Mercury-Atlas 8. The space organization wanted to add a watch to the astronauts’ toolkit. They decided to invest in Omega after doing a strict selection process.

Why do watches need to work in space? So that when the explorers were recording data or such, they would have a reliable timepiece in the more dire conditions. Space has no atmosphere, and there can be intense heat or cold depending on your location. Astronauts have to prepare to adjust to changing conditions and an overwhelming sense of isolation.

As we know, NASA is the reason why computers developed rapidly in a matter of decades, from giant skyscrapers with punchcards to portable laptops and even smartphones. The same holds for watches. We got our modern wristwatches thanks to NASA focusing on developing the right timepiece for the moon.

The Omega only ran about twenty-one minutes faster in the first trial and losing fifteen minutes in the second, as well as luminescence, performing better than its competitors. NASA specified that the watches had to be hand-wound because they feared that an automatic model wouldn’t work in space. Since they have learned otherwise, you can get

If a mechanical watch were to visit the moon or travel further, it would need to adapt to various conditions. Astronauts by themselves have to train to work under pressure because space travel is dangerous. The watch had to be as tested and to work under physically stressful conditions. Omega’s models were the only ones that performed consistently, which led to NASA working directly with the company.

Buzz Aldrin cemented the Speedmaster as the space watch when he wore it on the Apollo 11 space mission. While sadly the lunar dust — moon dirt and soil — was wiped off all the watches and collected by NASA for further study, the mechanical pieces remained roughly the same. Also sadly, Buzz Aldrin’s watch vanished while being transported to a museum. It may take decades to find the original.

The watch would also save the Apollo 13 crew when they went on their disastrous launch. When an oxygen tank failed and another leaked, the crew both in space and at NASA had to time an engine burn so as to return back to Earth. That Speedmaster made all the difference so that Apollo 13 could make a safe re-entry to Earth.

This year, in 2019, is the anniversary of the first moon landing. We once made footsteps through the craters and kept walking. Why not celebrate that with a limited edition of the same watch that has been in space?

We may not have Buzz Aldrin’s missing timepiece, but at Gray & Sons, you can still get a vintage model. Celebrate the fiftieth anniversary, as space travel becomes more sophisticated and one day, we may even travel to Mars!

Buying a Used “Darkside of the Moon” Omega Speedmaster

A used Omega Speedmaster will typically run between $2,900 and 9,000 in US currency. The watch is pre-owned and the year it was made will affect the price. Dark Side of the Moon Omega Speedmaster models was made to represent the moon surface that we cannot see, at least not to the naked eye. That dark side is mysterious, and we only explored it thanks to NASA.

All the mechanisms are built to last regular Earth conditions. For the Dark Side of The Moon, in particular, the dark side dial also contains dark zirconium oxide to go with the ceramics. Antireflective treatment means that the glare from the sun or artificial lights won’t blur the time when you need to check. They need winding every sixty hours, but also are simple to adjust. Omega will always help you take good care of your watch, and Gray & Sons will do the same.

We can differentiate the different models based on their color contrasts. Black Black, which we sell at Gray & Sons, represents utter darkness when the Earthlight fades from the moon. Vintage Black incorporates a brown complement, while Pitch Black uses Super-LumiNova to allow the numbers and handles to glow in the dark.

This Dark Side of The Moon model comes with more than a black dial and watch face. It also has an automatic date setting and chronograph, so that you will know more than the time, anywhere in the world. Keep your watch safe in a black ceramic case when not wearing, and adjust the strap length with a titanium buckle.

Travel To The Moon With Gray & Sons!

When you buy a watch from Gray & Sons, you will receive valuable pieces of history at a reasonable price, especially in 2019. You will also get a twelve-month warranty on certain purchases so that if you need a battery replaced or a clock rewound, we can help you with any repairs. We work with Affirm so that you can pay in monthly installments for each of our watches, and get one of your choosing.

Reach out to us today to find your timepiece, and make your first offer. You don’t have to live in the past to enjoy every second of scientific exploration. Instead, you can wear it on your wrist, and count down to the next special occasion. We can help you feel like the astronauts who landed on the moon. 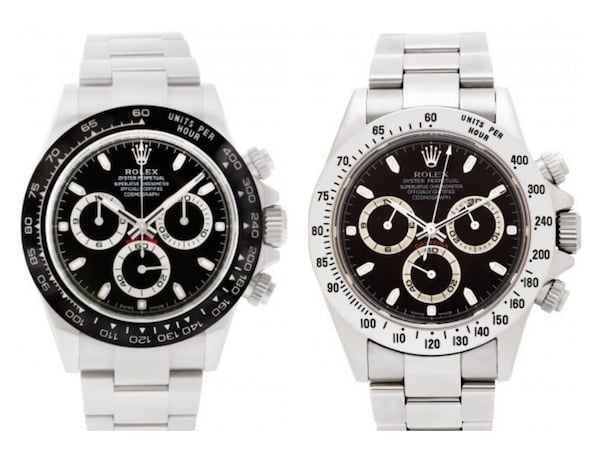 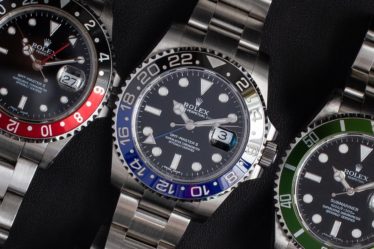 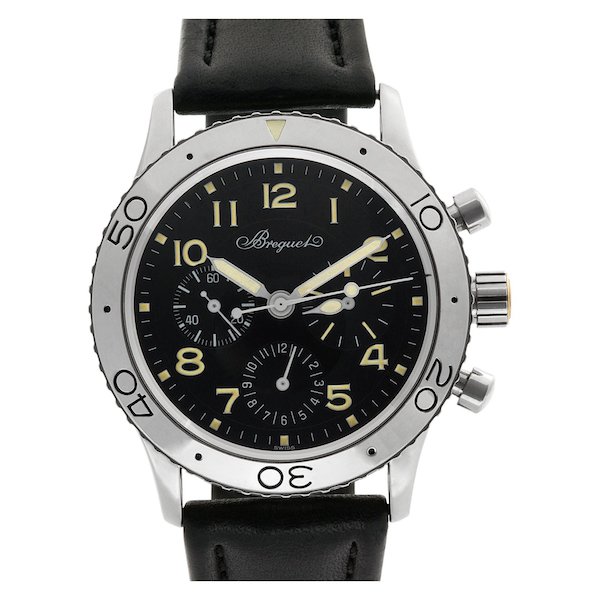