One of the most revered Swiss watch manufactures of all time, Patek Philippe is considered by many to be the pinnacle of fine timepieces. While the independent family-owned brand may not have the same global recognition of other luxury watch companies due to the company’s preference for restrained production, if you have even the slightest interest in high-end watchmaking, then you know the prestige that Patek brings to the table. Often taking top billing at high-profile auctions and estate sales, Patek Philippe watches, whether vintage or modern, are coveted by collectors and enthusiasts everywhere.

If you need to brush up on your knowledge of the differences between Nautilus and Aquanaut, Calatrava and Gondola, or Annual Calendar and Perpetual Calendar, join us as we take a deep dive into the Patek Philippe watch catalog to understand the various watch models offered by the brand.

Introduced in 1932, the Calatrava collection is Patek’s line of elegant dress watches. The main signature design trait of a Calatrava watch is a slim round case, typically made from precious metals such as 18k gold or platinum. However, there are a few rare instances of vintage steel Calatrava watches.

While the vast majority of Calatrava watches come fitted with leather straps, there are some versions with intricately made gold bracelets too.

Another characteristic of the classic Patek Philippe Calatrava is its simple dial functionality, which can either be time-only or accompanied by a date window. (It’s important to mention that in recent years, Patek has made some complicated watches under the Calatrava name. However, these are housed under the Patek Philippe Complications or Grand Complications collections, which we will discuss further below. )

In horology, a complication is any function on a watch that goes beyond telling the time. Some popular examples include dual time watches, chronographs, annual calendars, world timers, and timepieces with power reserve indicators. And the mechanical mastery of complications is where Patek Philippe really shines.

The history of the Patek Philippe World Time stretches back as early as the 1930s and the brand continues to make them today. These exquisite timepieces that indicate the time across 24 time zones are perfect for frequent travelers and highly collectible among Patek enthusiasts.

On the other hand, the Patek Philippe Annual Calendar is a relatively new complication, developed in the nineties and introduced in 1996. This type of calendar watch indicates the correct date throughout the year, only requiring one manual adjustment on the 1st of March. There have been a few generations of the Patek Annual Calendar since its introduction, in addition to versions for men and women.

One of the most extraordinary mechanical watches ever made is the Patek Philippe Grand Complications Sky Moon Celestial–a poetic watch that displays the exact configuration of the Nothern Hemisphere’s night sky, complete with moving stars and the phase of the moon.

Introduced in 1968, the Patek Philippe Golden Ellipse takes its inspiration from the golden ratio formula, expressed as a ratio of 1 / 1.6181, popular in art and architecture. Sporting an ellipse-shaped case, which is a cross between a rectangle and oval, Golden Ellipse watches have ultra-simple dials with only two hands on the dial. The slim cases are fashioned from gold or platinum and can come equipped with matching metal bracelets or leather straps.

In 1976, Patek Philippe entered the sports watch market for the very first time with the introduction of the Nautilus. The Nautilus watch was designed by Gerald Genta, the same man behind the Audemars Piguet Royal Oak that had debuted four years earlier. The first model was crafted in stainless steel and featured a large (for the era) 42mm case, aptly nicknamed the “Jumbo.”

With its porthole-shaped case, rounded octagonal bezel, horizontally grooved dial, and integrated bracelet, the Nautilus has become one of the world’s most sought-after luxury sports watches. While the most popular version is the simplest steel model with a time and date dial (ref. 5711), which is closest to the inaugural model from the seventies, Patek Philippe expanded the Nautilus collection over the decades.

The Nautilus comes in a range of materials including steel or gold cases, metal bracelets or leather straps, and with or without diamonds. Today’s men’s Nautilus models hover around the 40mm mark, give or take a half-millimeter to accommodate complications or gems. What’s more, there are more complicated versions of the Nautilus including chronograph, annual calendars, and dual time zones. There are also ladies’ Nautilus watches available, characterized by a wavy dial pattern and often set with diamonds.

In 1997, Patek released the Aquanaut watch collection as a simpler and more affordable version of the Nautilus geared towards a younger audience. The Aquanaut features a rounded octagonal case shape similar to the Nautilus but without the “ears” on the side. The watch is often fitted with a “tropical” rubber strap with a checkered pattern–identical to the pattern on the dial

The size of the men’s Aquanaut has fluctuated over the years, ranging from 34mm to 40mm for the time and date versions. As a younger sports watch, the Aquanaut collection was predominately home to stainless steel models with simple time and date functionality. However, there are a few gold models to choose from and in recent years, Patek added some complicated versions of the Aquanaut such as chronograph and dual time.

The Gondolo collection is home to Patek Philippe’s “form” watches, which are timepieces that do not have round cases. Instead, Patek Gondolo watches can sport rectangular, tonneau-shaped, or cushion-shaped cases, often designed with Art Deco influences.

Although the Patek Gondolo did not officially launch until the 1990s, this collection is in fact inspired (and named after) vintage Patek watches that were made for Brazilian retailer, Gondolo & Labouriau, and the so-called “Gondolo Gang” in the late-1800s and early-1900s. There are Gondolo watches for men and women in a myriad of materials, styles, and shapes.

Although Patek Phillippe has had a long history of making women’s watches, ranging from simple time-only models to intricate complications, by the end of the last century, the brand launched one of its best-selling watch collections to date. The Twenty-4 is Patek’s collection of ladies’ watches dedicated to the modern woman. It takes its name from the fact that this a luxury watch that is appropriate to wear all day, any day–a versatile timepiece that can accompany casual and dressy attire.

The first generation of Patek Twenty-4 watches, available in stainless steel or gold, featured rectangular cases, articulated link bracelets, diamonds, and quartz-movements. However, in recent years, Patek has expanded the collection to also include automatic Twenty-4 watches with round cases instead of rectangular ones.

Now that you’ve (hopefully) gained a greater understanding of the various Patek watch models available, you can head over to our comprehensive inventory of pre-owned Patek Philippe watches to find the ideal one for you. 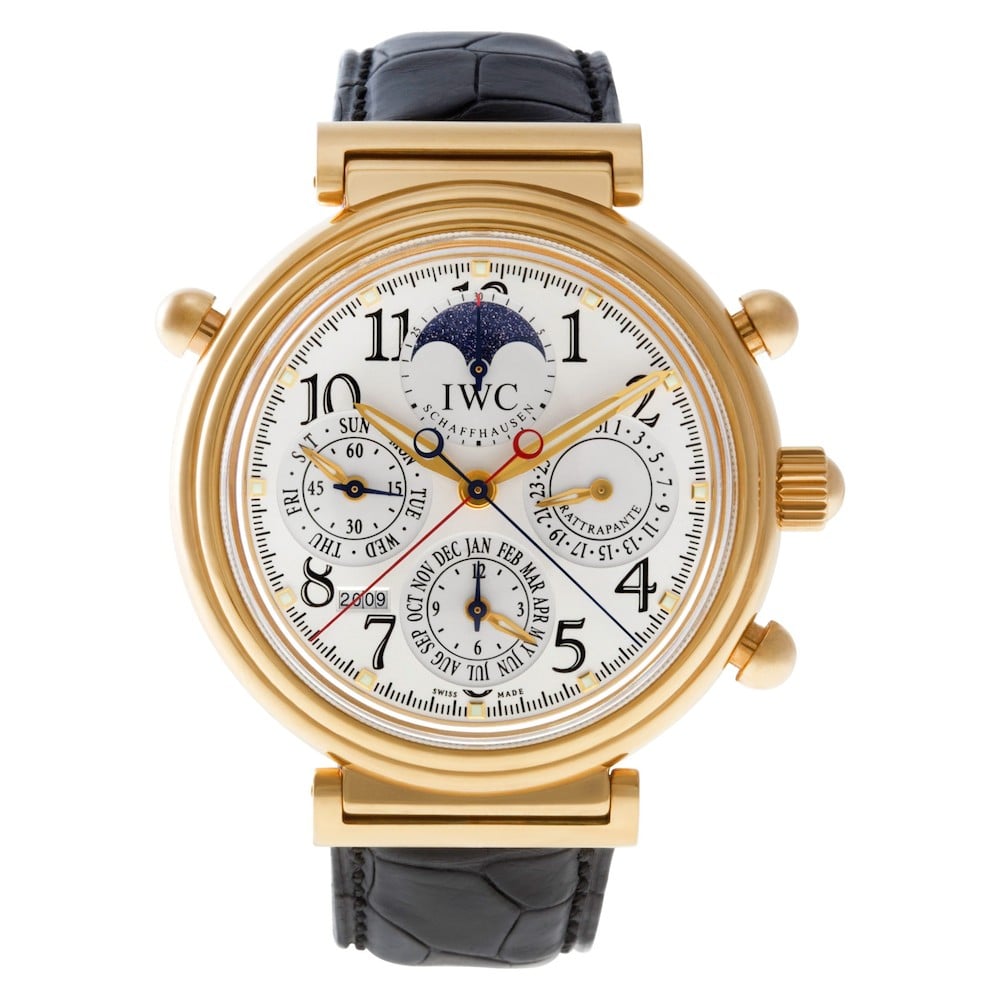 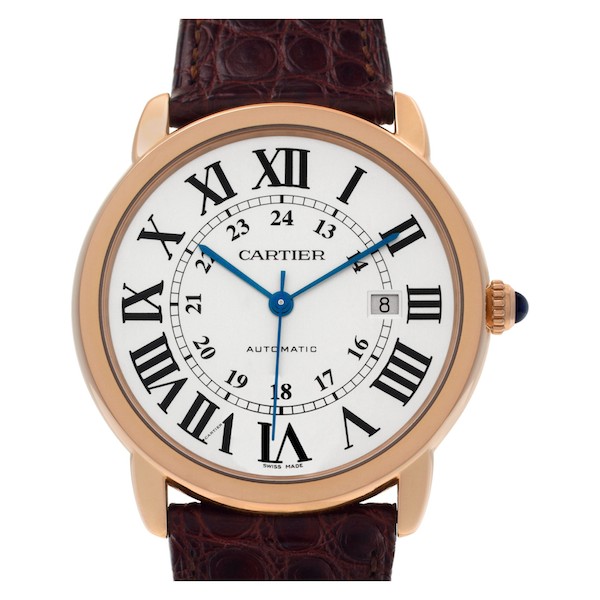 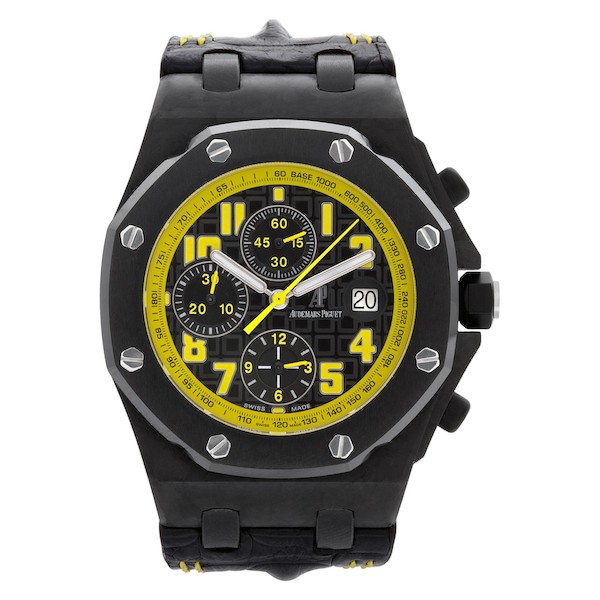