Jaeger-LeCoultre was originally founded in Switzerland in 1833 by Antoine LeCoultre as LeCoultre & Cie., following Antoine’s invention of a machine to cut watch pinions out of steel. He followed this up with the invention of the Millionomètre in 1844, at the time the most precise measuring instrument in the world. In 1937, after years of distinguish watchmaking and innovation, Jacques-David LeCoultre formed a partnership with Edmond Jaeger and the company was renamed Jaeger-LeCoultre. JLC has continued to innovate and create great timepieces such as the Jaeger-LeCoultre Reverso, JLC AMVOX, Jaeger-LeCoultre Master Compressor, and more.

The Jaeger-LeCoultre Grande Reveil is an example of JLC at it’s finest. Featuring a perpetual calendar, moonphase, and alarm function, this fine timepiece stands out in any setting. With three large distinctive crowns, and a 41mm case, this watch is not hiding its charms. Powered by JLC’s Calibre 919 movement, first introduced in 1989, the watch contains 350 individual movement parts. The time, day, date, and moonphase are powered through an automatic winding mechanism, while the alarm is powered through manual winding using a separate crown. How does the alarm work? The alarm sounds loudly via a hammer striking a bronze gong inside the watch case back. The center of the gong connects to the rest of the movement through a pin that reaches through the movement to a hammer. When the pin is struck, the bronze gong in the case back vibrates, creating the ringing tone. The limited edition Grand Reveil features a white porcelain dial in an 18K yellow gold case, and a brown alligator strap. Functionality and elegance combined in a “striking” package.. 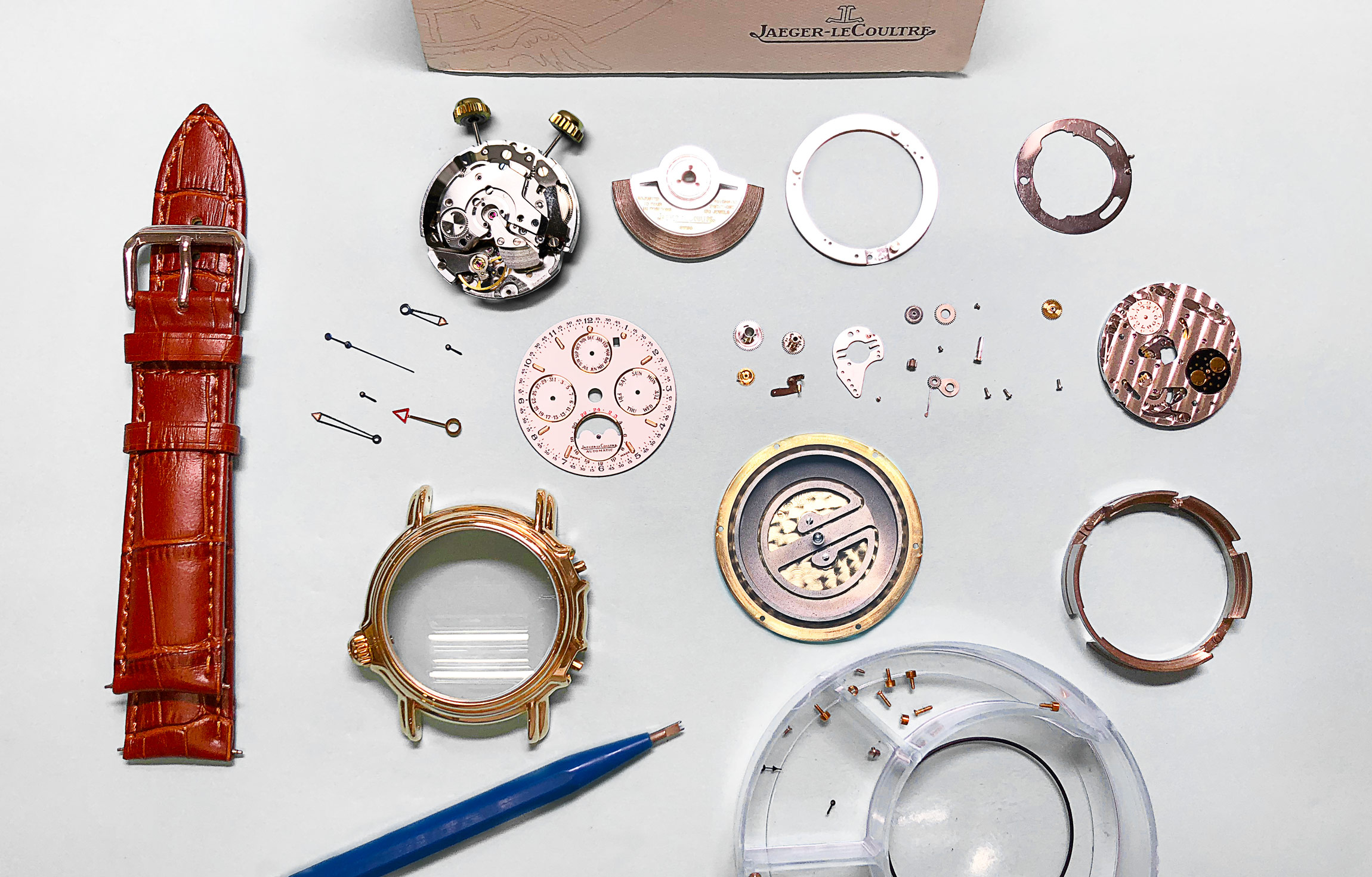 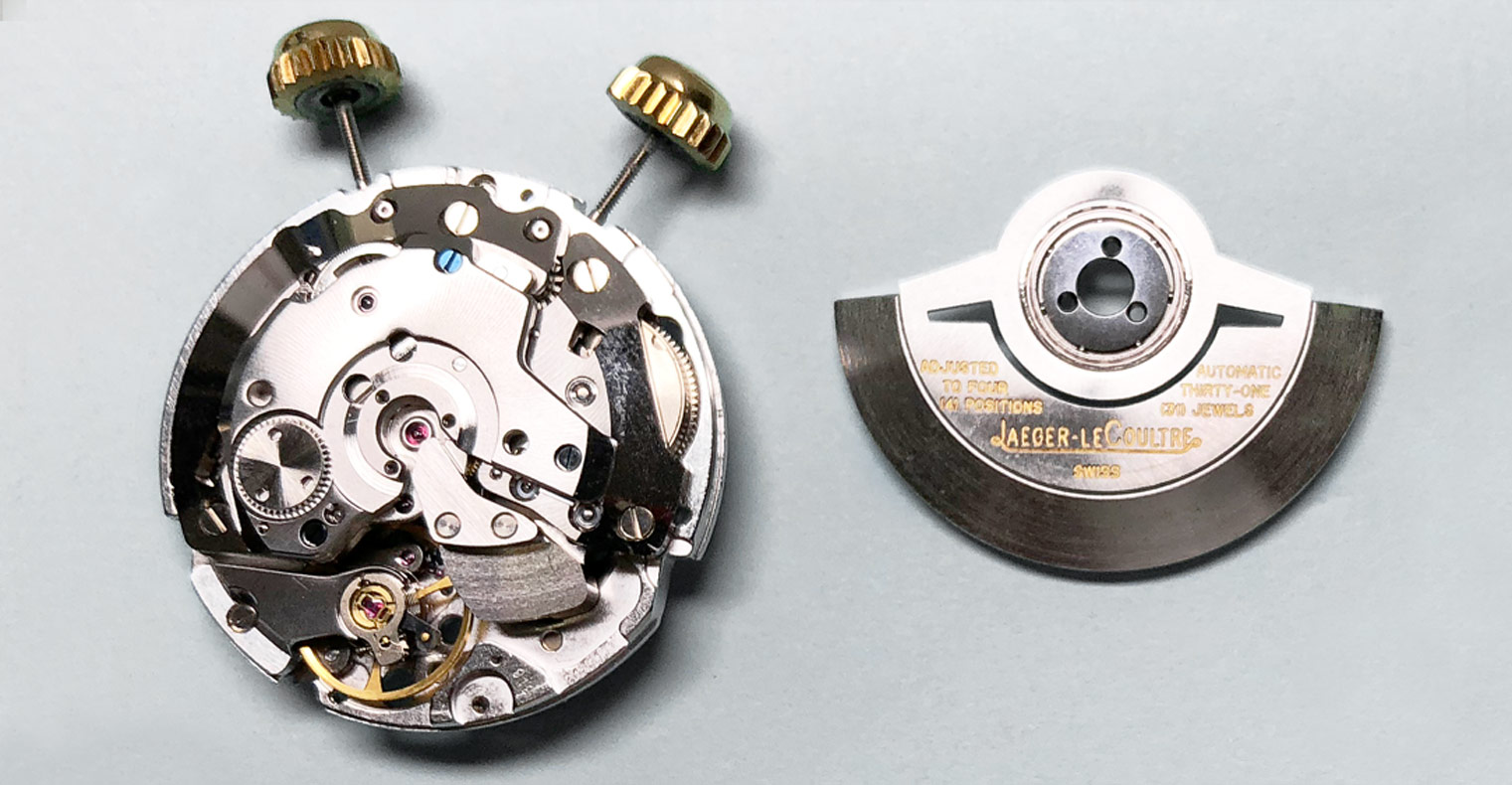 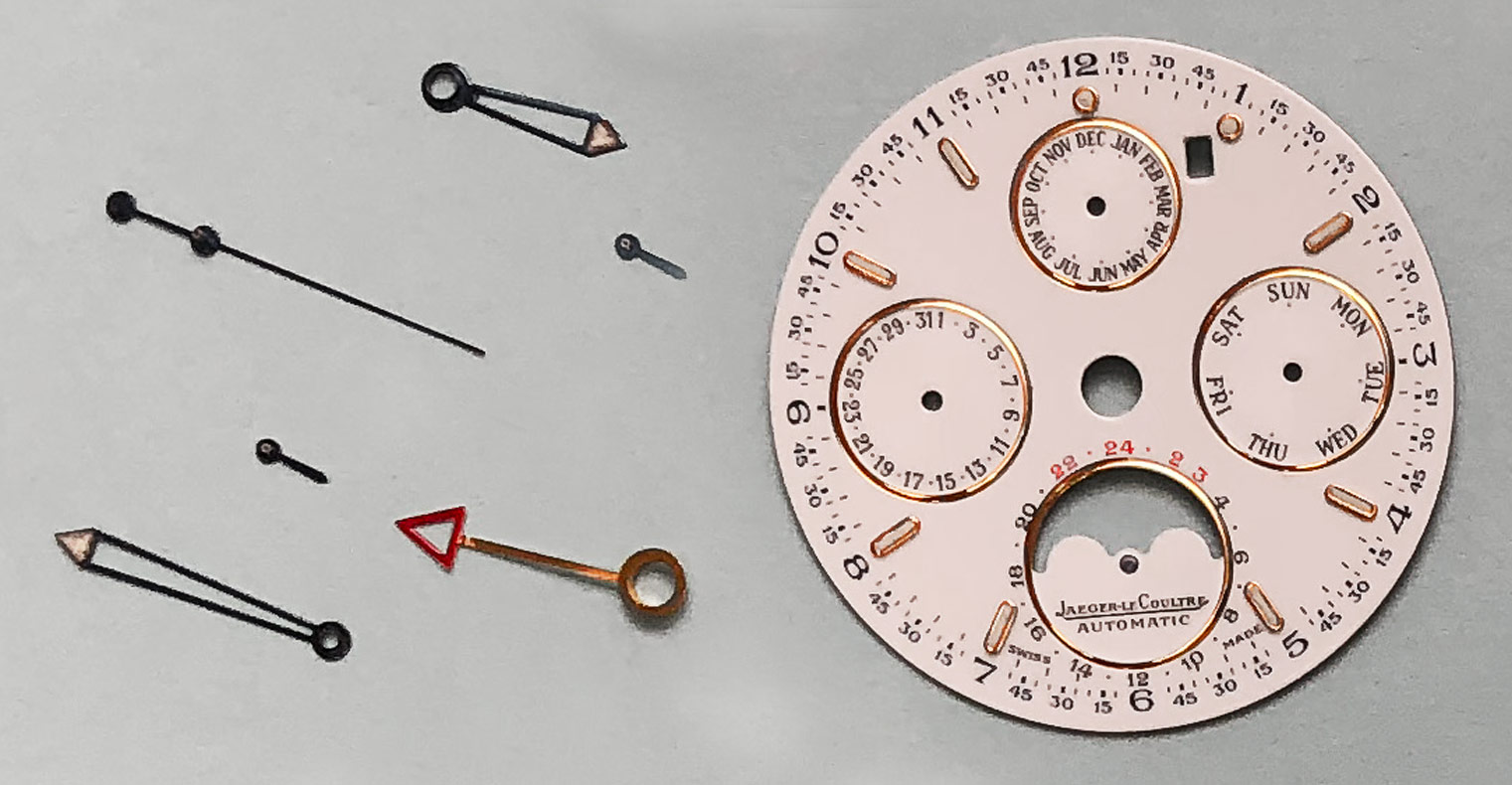 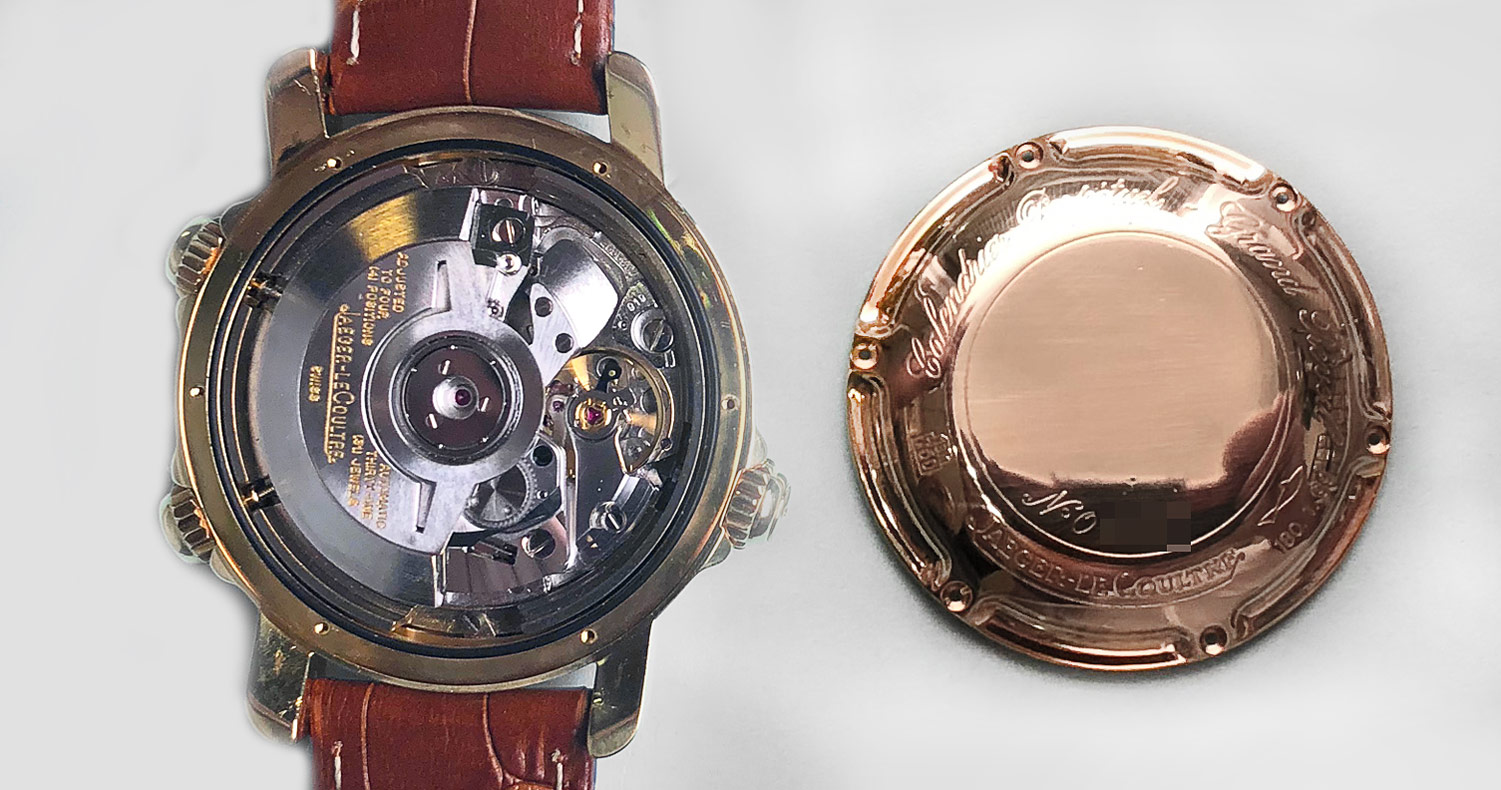 Grayandsons.com buys, sells, and repairs all brands of fine Swiss luxury watches, such as Rolex, Audemars Piguet and Jaeger Lecoultre, for example. We are buying Cartier, we are a top buyer for Patek Philippe, and we are the best independent luxury watch repair center for Rolex, Cartier, Patek Philippe, Omega, Breitling, Jaeger Lecoultre and more. Gray & Sons Jewelers sells and repairs jewelry, both new and estate jewelry.

Grayandsons.com can detail and polish all luxury watch cases and bracelets / bands back to factory like-new condition whenever possible. Case repair and restoration is part of our passion for all jewelry and watch repair! 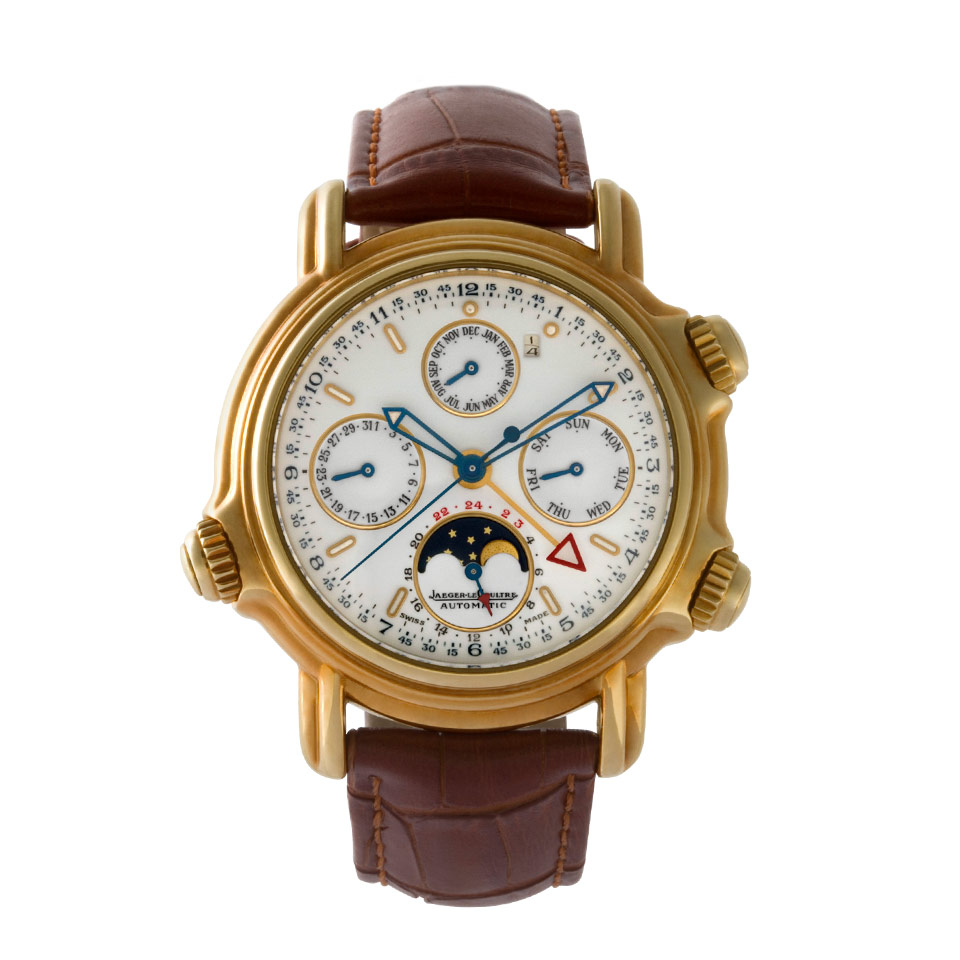 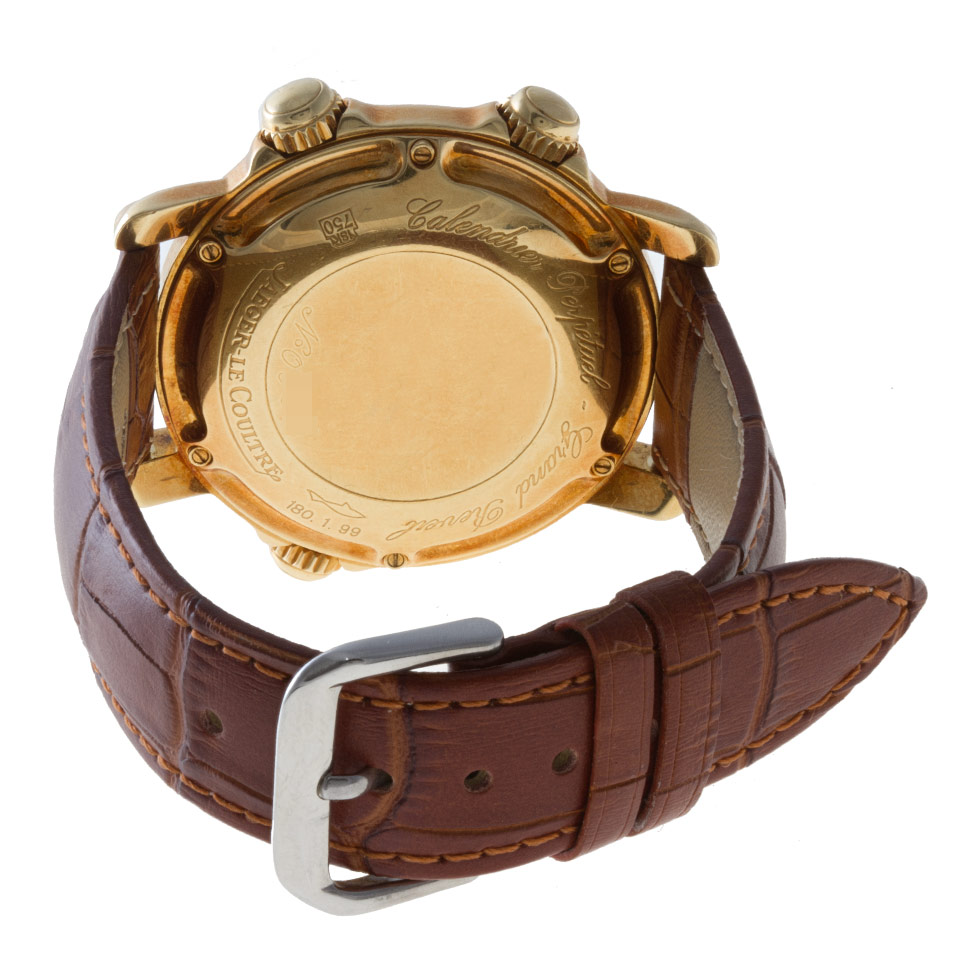