Although it’s original parent company was founded in 1848, Omega didn’t take the name they still bear until 1903. Omega was one line of watches produced by La Generale Watch Co, and in 1903 it was spun off as its own company. Omega was a huge success, one of the top three Swiss watch brands, until the 1970’s when quartz watches surpassed mechanical watches in popularity, and many companies struggled. Through multiple mergers and acquisitions, Omega eventually became part of the Swatch Group, along with Blancpain, Breguet, Harry Winston, Glashütte Original, Jaquet Droz, Rado, Longines, and Hamilton (plus Swatch, of course).

During World War I, Omega watches were selected by both the United States and British armies as their official timepieces for troops in combat zones. Beginning in 1932, Omega timepieces have served as the official timekeepers of the Olympic Games. In 1969, Omega watches became the first to be worn by astronauts landing on the moon, and in 1995 James Bond began wearing Omega instead of Rolex in the movies. Elvis Presley, John F. Kennedy, and George Clooney are all known to have owned and worn Omega watches.

Omega first introduced the Speedmaster Chronograph in 1957, and has since released numerous variations, using a number of different movements. There have been manual wind, automatic, and even digital versions in several sizes and case metals. There have been numerous special limited editions released as well, including “The Dark Side of the Moon” which is sculpted from a single block of black zirconium oxide ceramic.

The Omega Speedmaster Moonwatch has an enthusiastic following around the world, as one of the most iconic and recognizable models from any watch company. In the 1960’s, NASA set out to choose an “official” timepiece with which to equip its new astronauts to wear on missions to space. They invited several watch manufacturers to submit examples from which they could choose. Omega put forward the Speedmaster Professional which, along with the other submissions from Rolex and others, was subjected to 11 “Qualification Test Procedures”. The watches were tested at a range of temperature levels (low and high), acceleration, humidity, decompression, and more. The Omega Speedmaster Reference 105.003 was the only watch deemed satisfactory. It was chosen by NASA to be issued to three astronauts in the Gemini program. The Omega Speedmaster Reference ST105.012, worn by Neil Armstrong, was the first watch to actually land on the moon.

Originally released in 1968, The Omega Speedmaster Professional Chronograph Ref. 145.022 featured here is the model that was current when the United States landed astronauts on the moon. However, those astronauts were wearing the older model 105.012 which had been approved by NASA. The 145.022 was eventually approved for space use in the late 1970’s for the Space Shuttle program. This version of the Speedmaster was the first to incorporate Omega’s Calibre 861 movement, which replaced the NASA-tested Calibre 321 that was the original Moonwatch calibre.

At Gray & Sons Jewelers all Omega repairs are done using authentic Omega parts, obtained directly from the Omega repair resource system. Our Omega-certified watchmaker likes nothing more than to repair an Omega Speedmaster Moonwatch. Many clients come to us with this particular watch asking that we only service the movement and not replace the crystal, chronograph pushers, or crown unless absolutely necessary, to preserve the evident wear and life the watch has lived. We are happy to accommodate these requests, although we can replace all these parts with original and correct Omega parts, usually sourced directly from Omega. 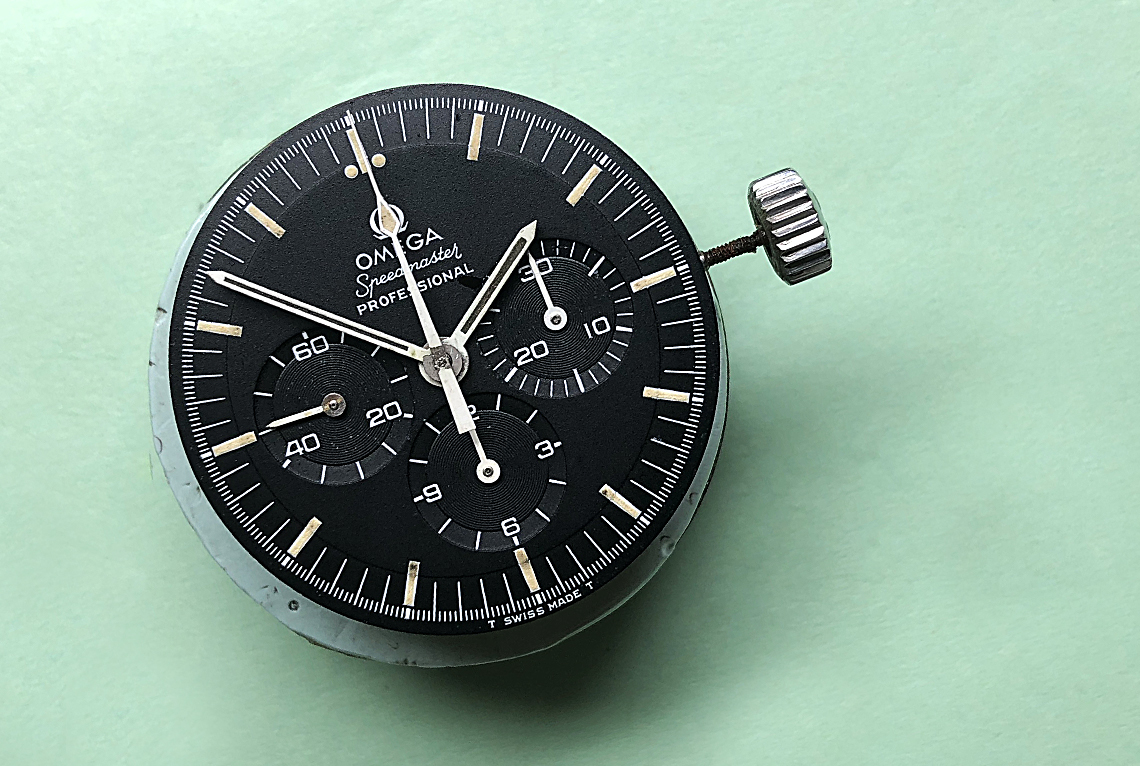 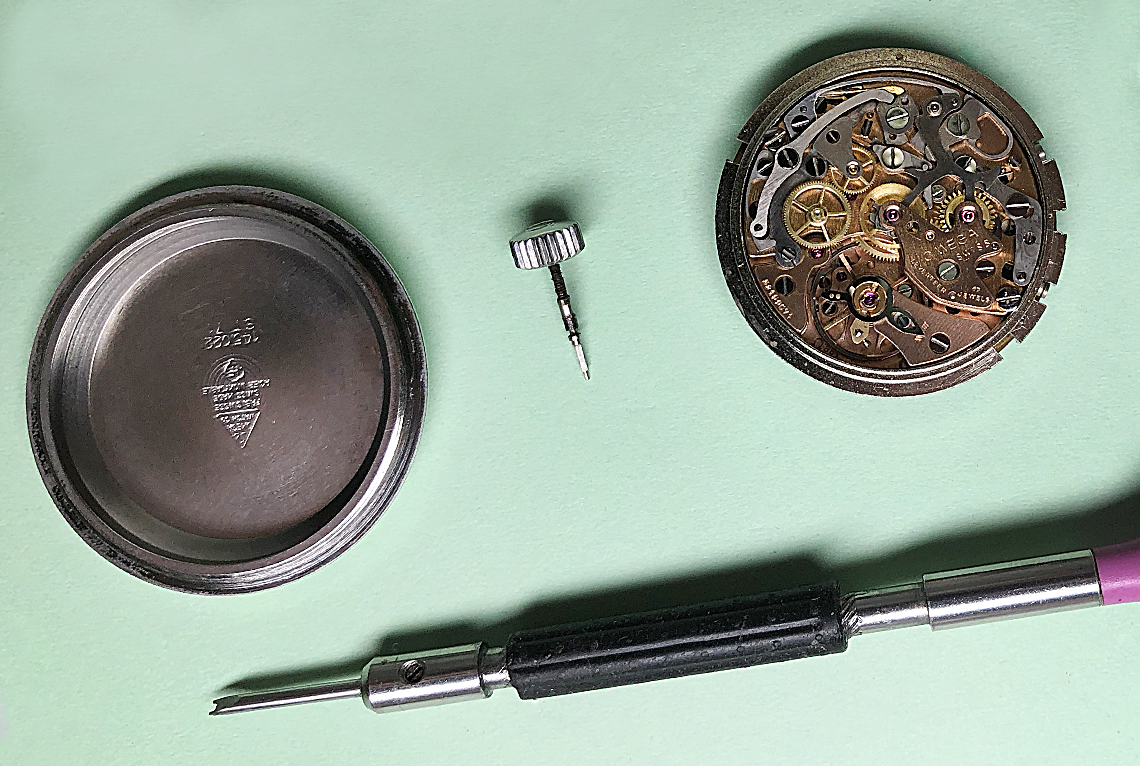 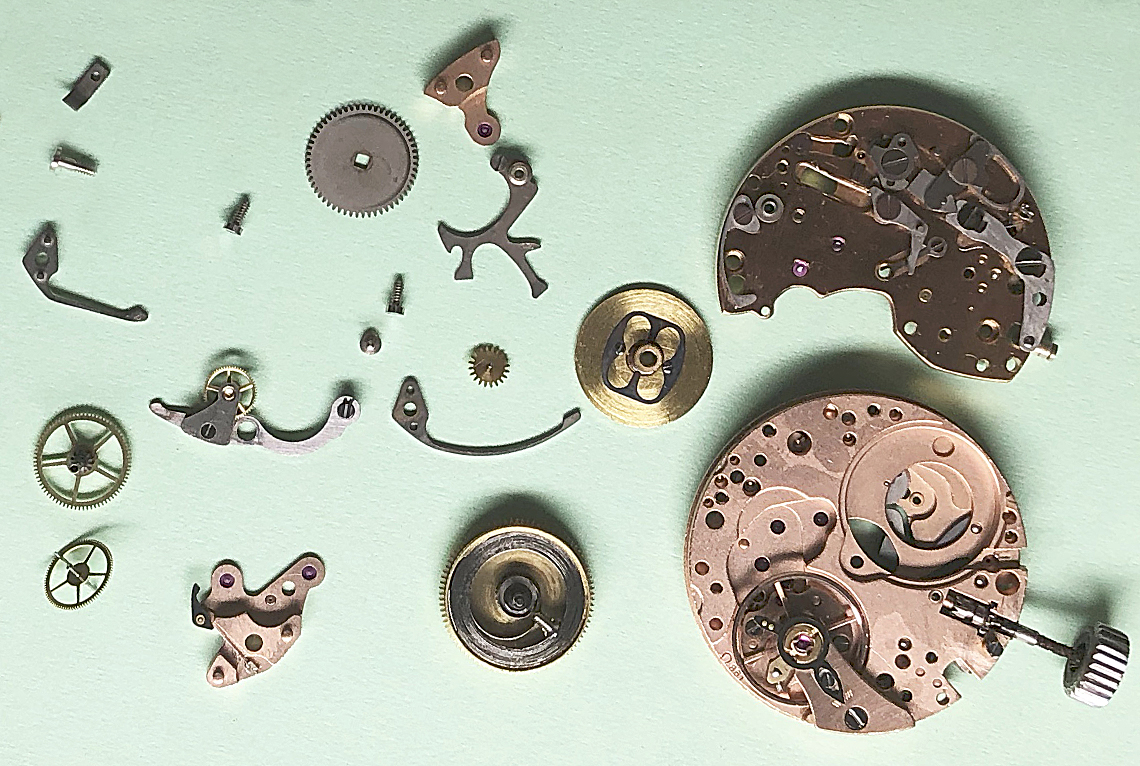 From our Miami Beach area showroom we buy, sell, trade, and consign fine Swiss watches and we are buyers, we sell, trade, do repairs, polish, and consign contemporary, modern, heirloom, estate, and vintage jewelry throughout the United States and the world.