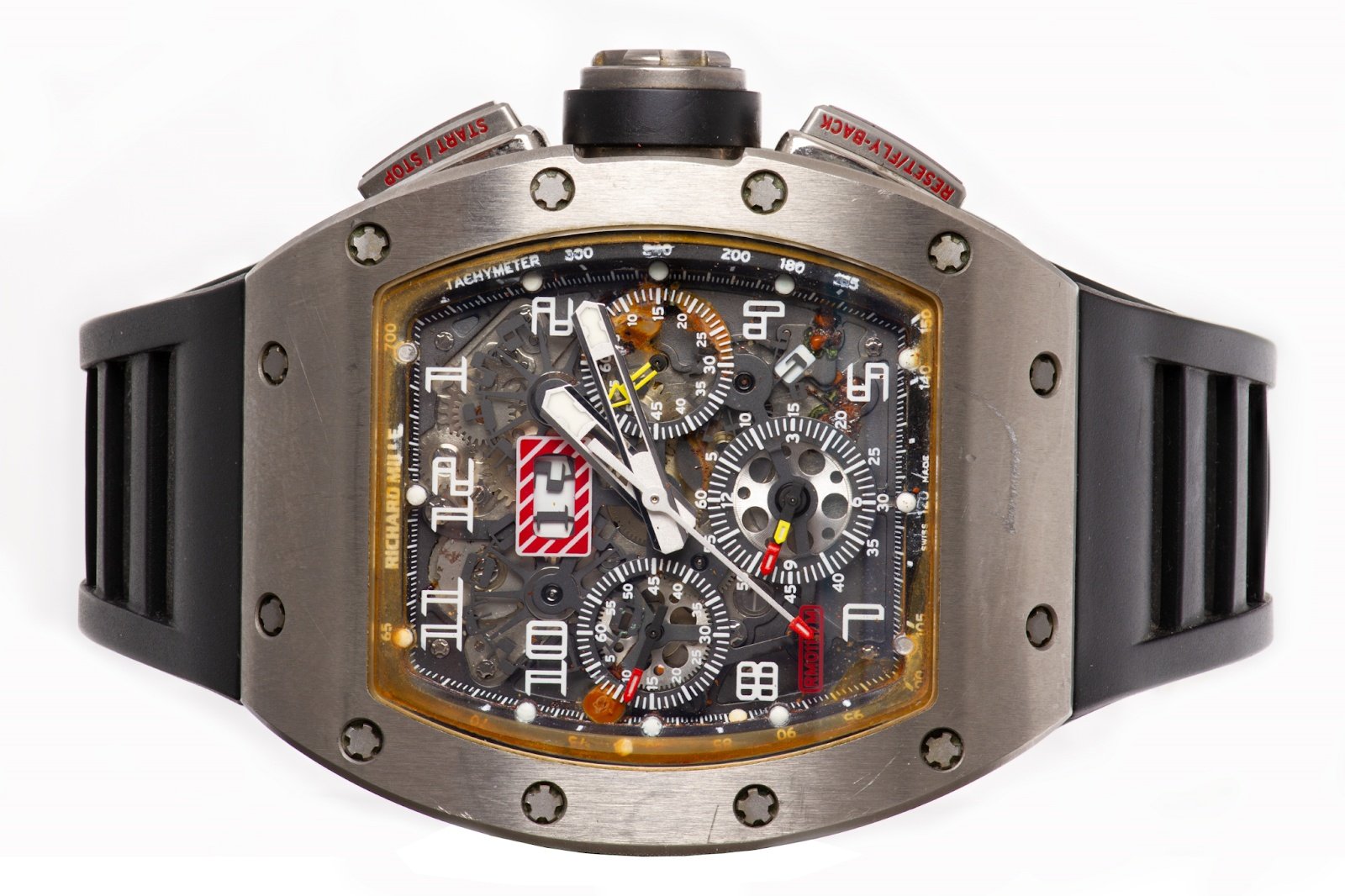 Richard Mille was introduced into the watchmaking world in 1999. Backed up by Audemars Piguet, one of the most important houses of watchmakers in the world, it pushed Richard Mille to be the most high-end tech innovative brand in the market.

The RM 011 is the most iconic watch Richard Mille has probably produced. The brand has a very thoroughly thought through design. Every detail of the watch and its movement is technical and precise. Felipe Massa has been part of the Richard Mille family; not only as a partner but as a friend.

The RM 011 was named after the Formula 1 driver for their phenomenal performance on the race track. As one of the most experienced drivers on the F1 circuit he won eleven races and ended as runner up in the Drivers’ World Championship 2008 for Ferrari. Massa wore a Richard Mille during every race starting back in ‘04 until the end of his racing career in 2018.

Felipe Massa inspired RM to use features in his watchmaking development. One of them being carbon nanofiber which was first presented on the MR 006. The MR 009 is the lightest tourbillon watch in the market.

With less than five thousand watches manufactured yearly, it is obvious that they would be so desirable. All the innovative materials and advanced characteristics that the Richard Mille watch features make it as irresistible as it is. With partners like F1 driver Charles Leclerc, the artist/entrepreneur Pharrel Williams, and the renowned world tennis champ Rafael Nadal, it is impossible not to admire the diverse Richard Mille timepieces.

Gray & Sons - Nothing is Impossible for Us 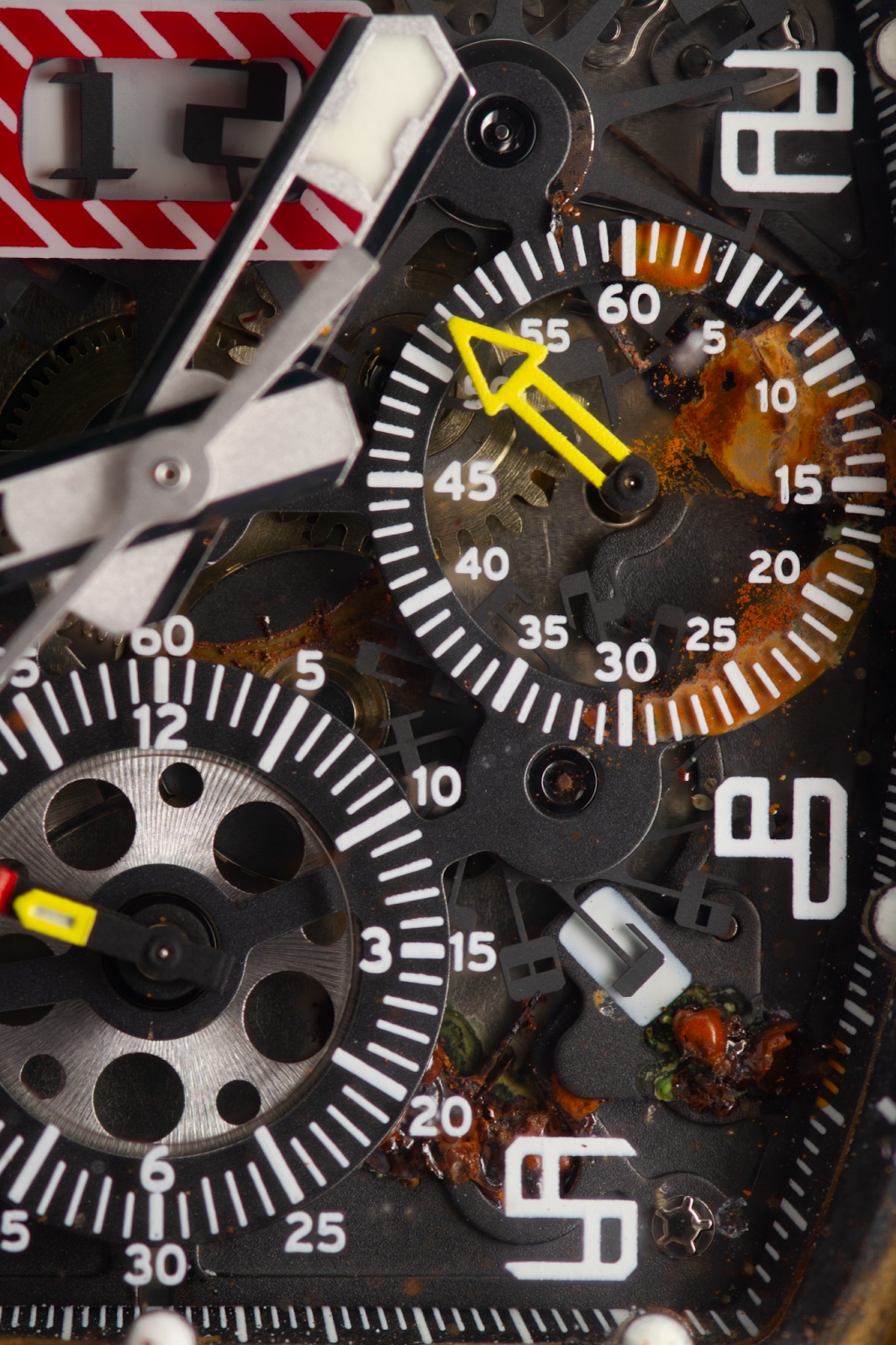 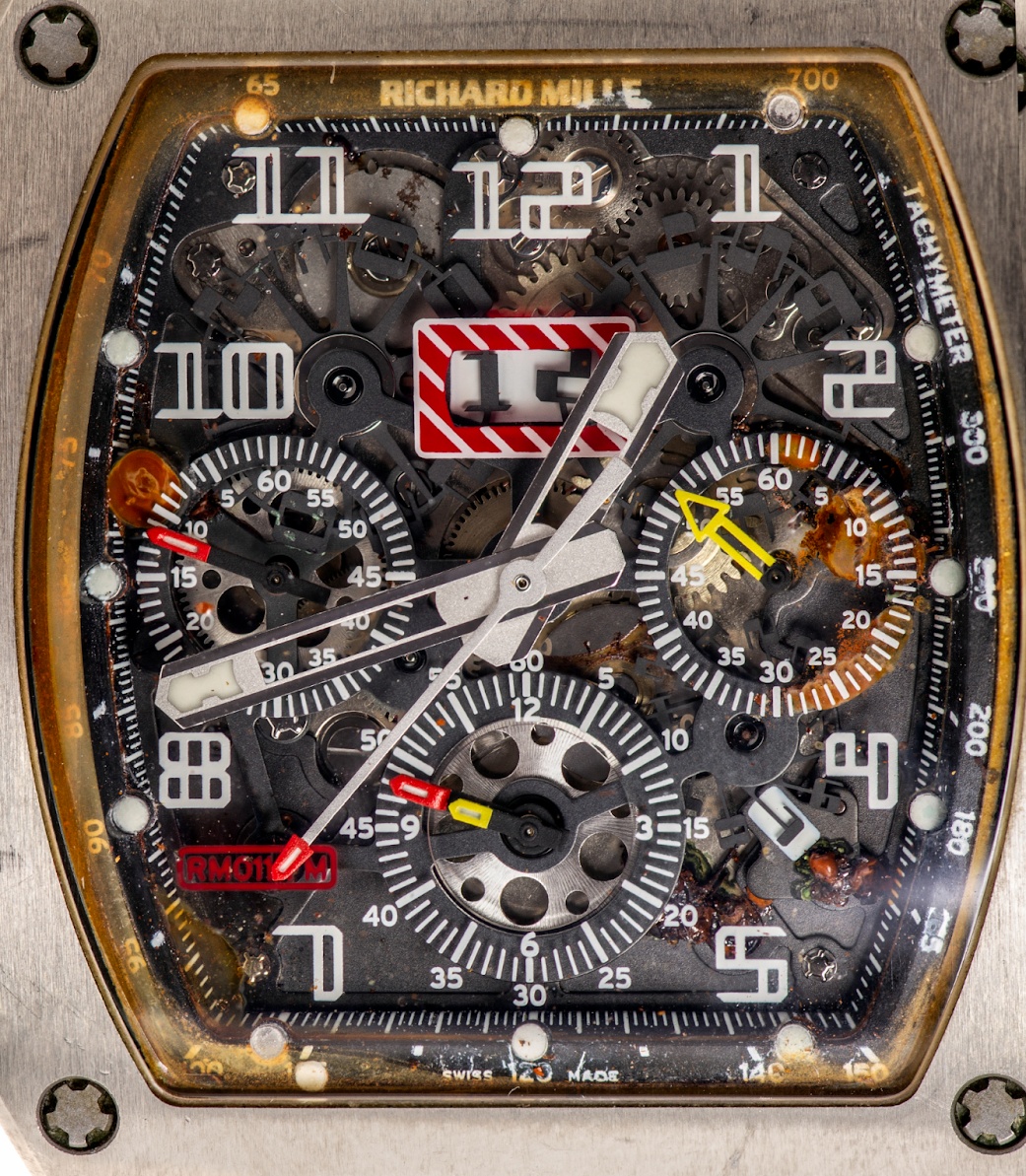 Our Gray and Sons master watchmakers can always handle a challenge. Amram brought in his RM 011 one day to the boutique and mentioned how he took a dive in the water. He mentioned he was out on his yacht and noticed the time was off so he set it correctly and jumped into the ocean. He assured us that he had secured the crown back in so it was impossible for that to be the reason for the water entrance.

Once he brought the watch in we began working immediately like an ER ICU. Although our watchmakers had other work in line, it is extremely important to prioritize a water damaged timepiece. When it is opened after water entrance, the oxygen that enters the timepiece immediately begins to oxidize the components inside.

As you can see in these images, the watch has already begun to corrode due to the salt water accessing the inside of the watch. Most if not all of the wheels have begun to even grow what seems to be algae.

Amram later admitted to buying his watch from an individual he was referred to. Clearly when you buy anything and especially these highly desired watches it needs to be from a reputable source. Always make sure when purchasing any timepiece, that the pressure test passes and that the amplitude is correct. 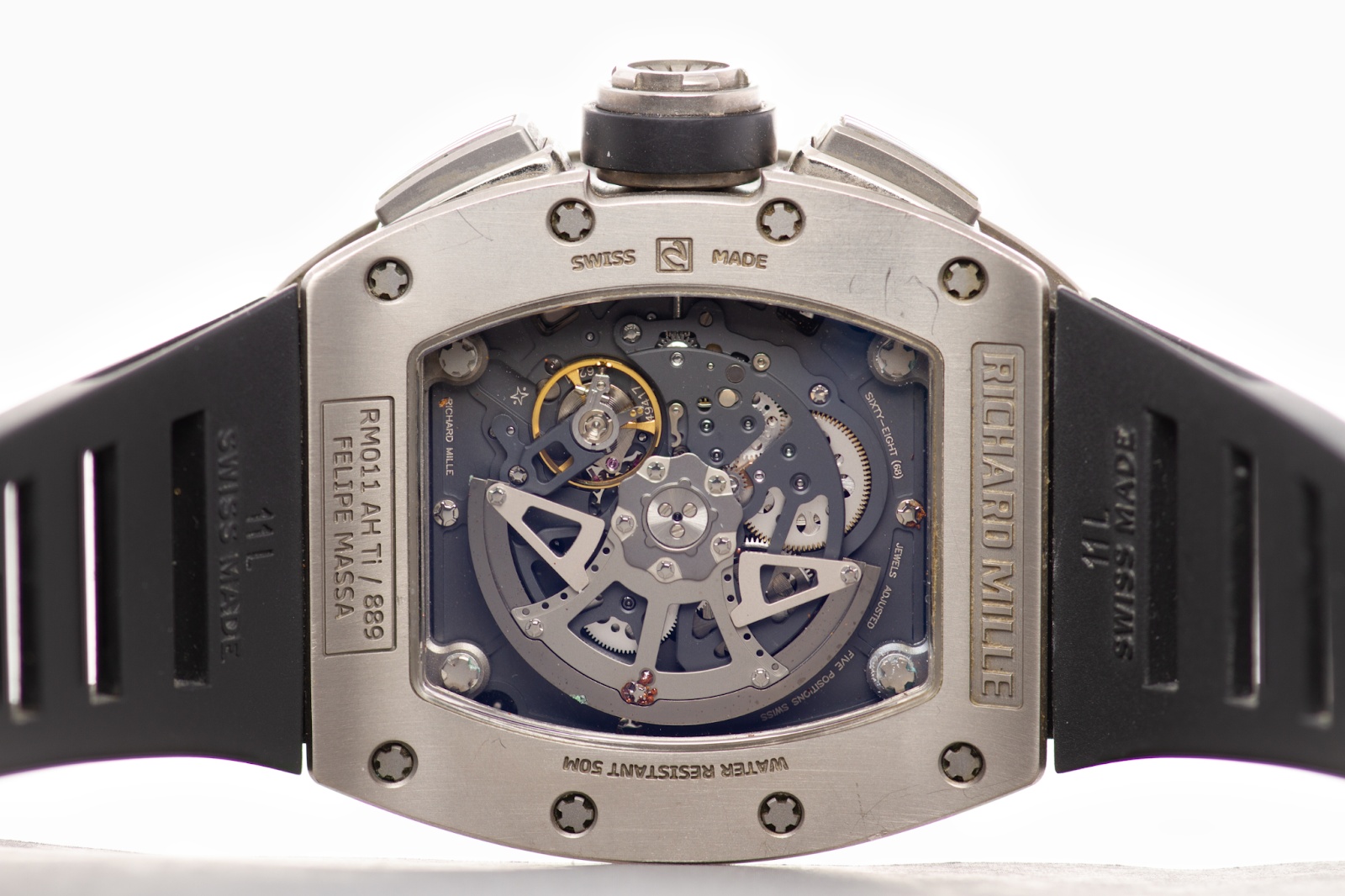 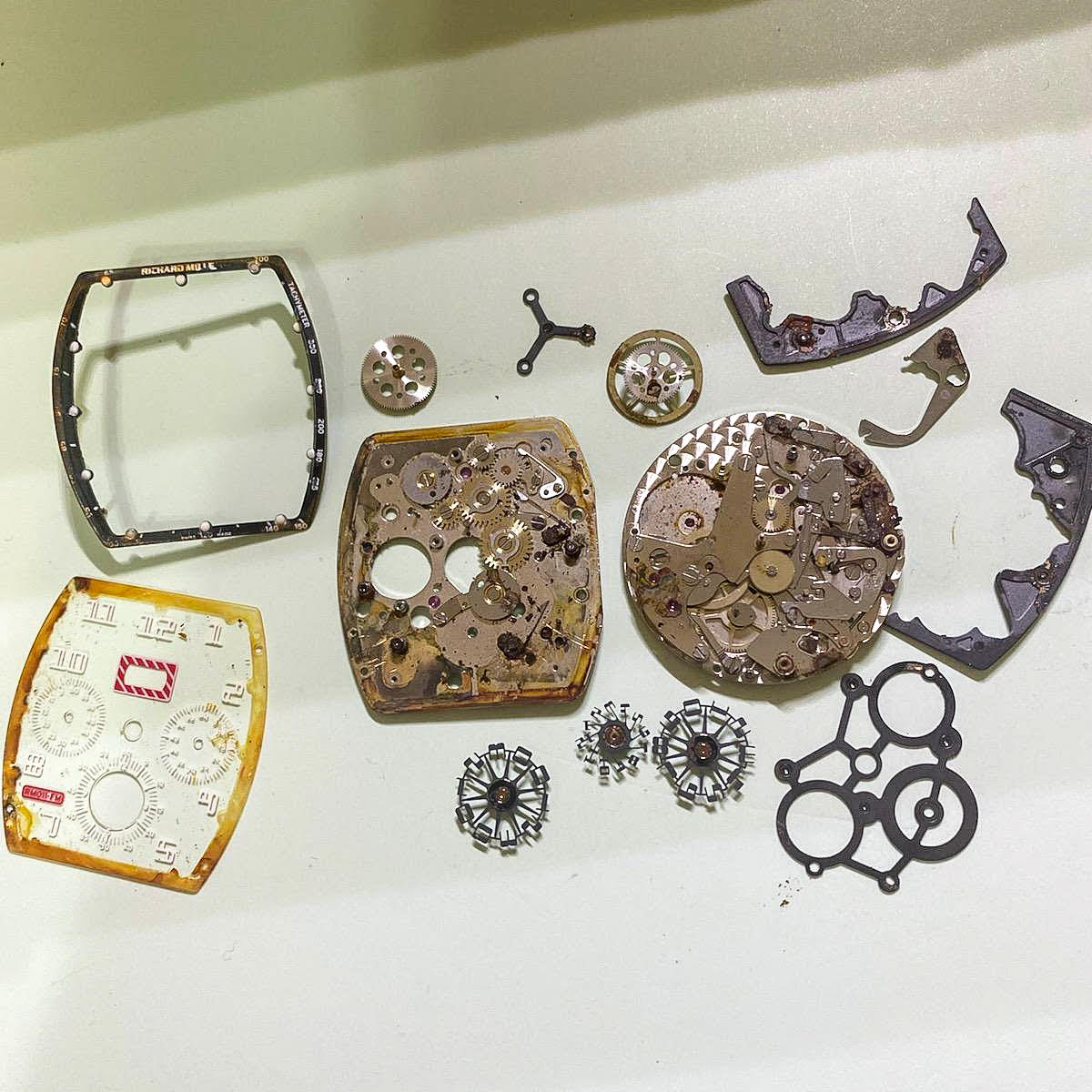 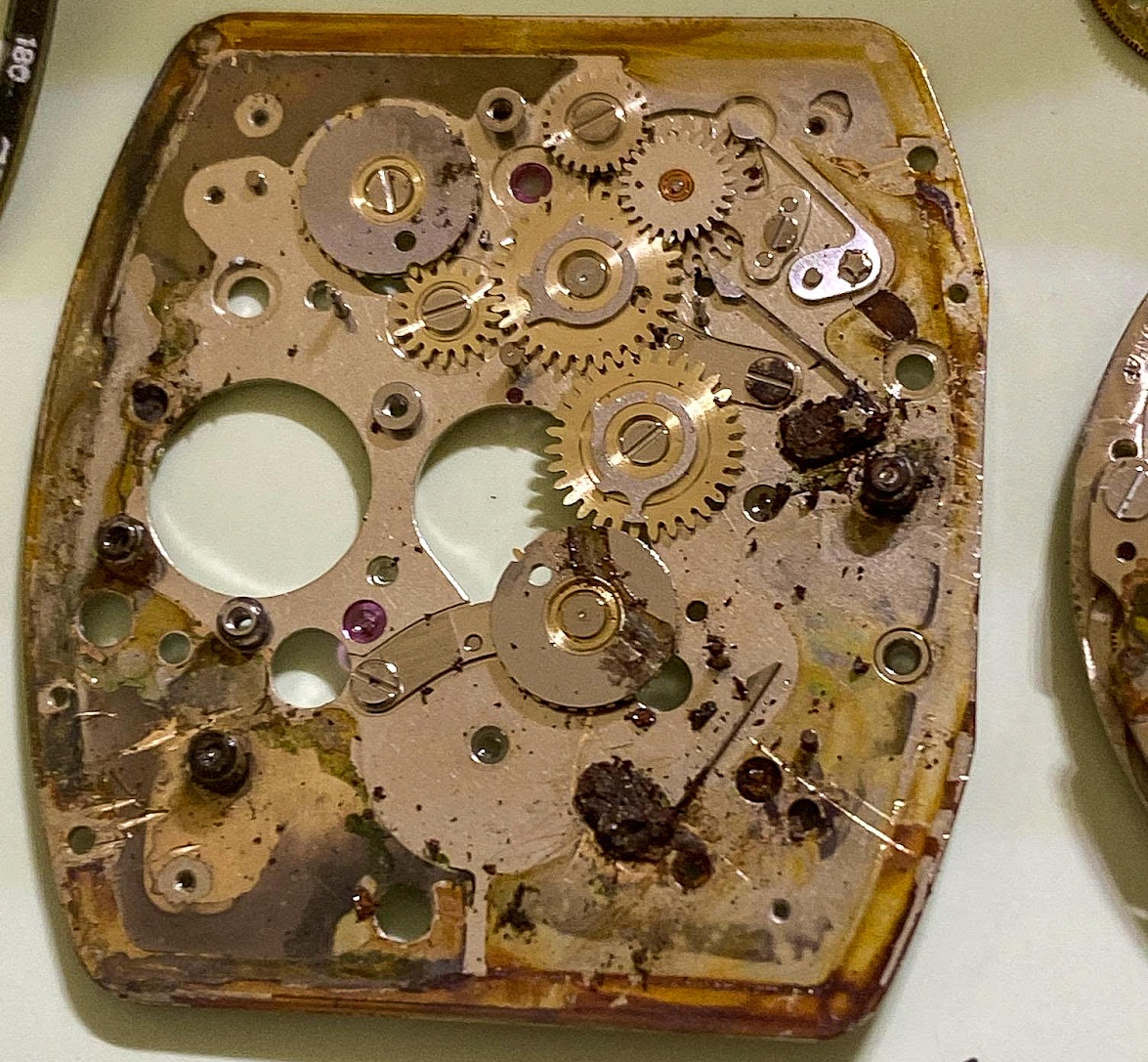 Our master watchmakers will begin by disassembling the watch to its bare minimum components. Pulling all the wheels and pins apart will give a better view of the rusted area within the Richard Mille. They then move on to putting the watch through three different cleaning solutions that will help get rid of built up debris and help separate broken parts. It will also help loosen up the rust to make it easier to remove once it is in the hands of the watchmaker.

They use a fiberglass brush, amongst other special tools, to remove the remaining oxidation within the movement. The parts that unfortunately aren’t salvageable will have to be sourced and then put together. Fortunately, we have over a million dollars worth of parts to restore almost any swiss-made watch. Having this kind of inventory makes the repair process convenient and efficient for both Gray and Sons and our beloved customers. 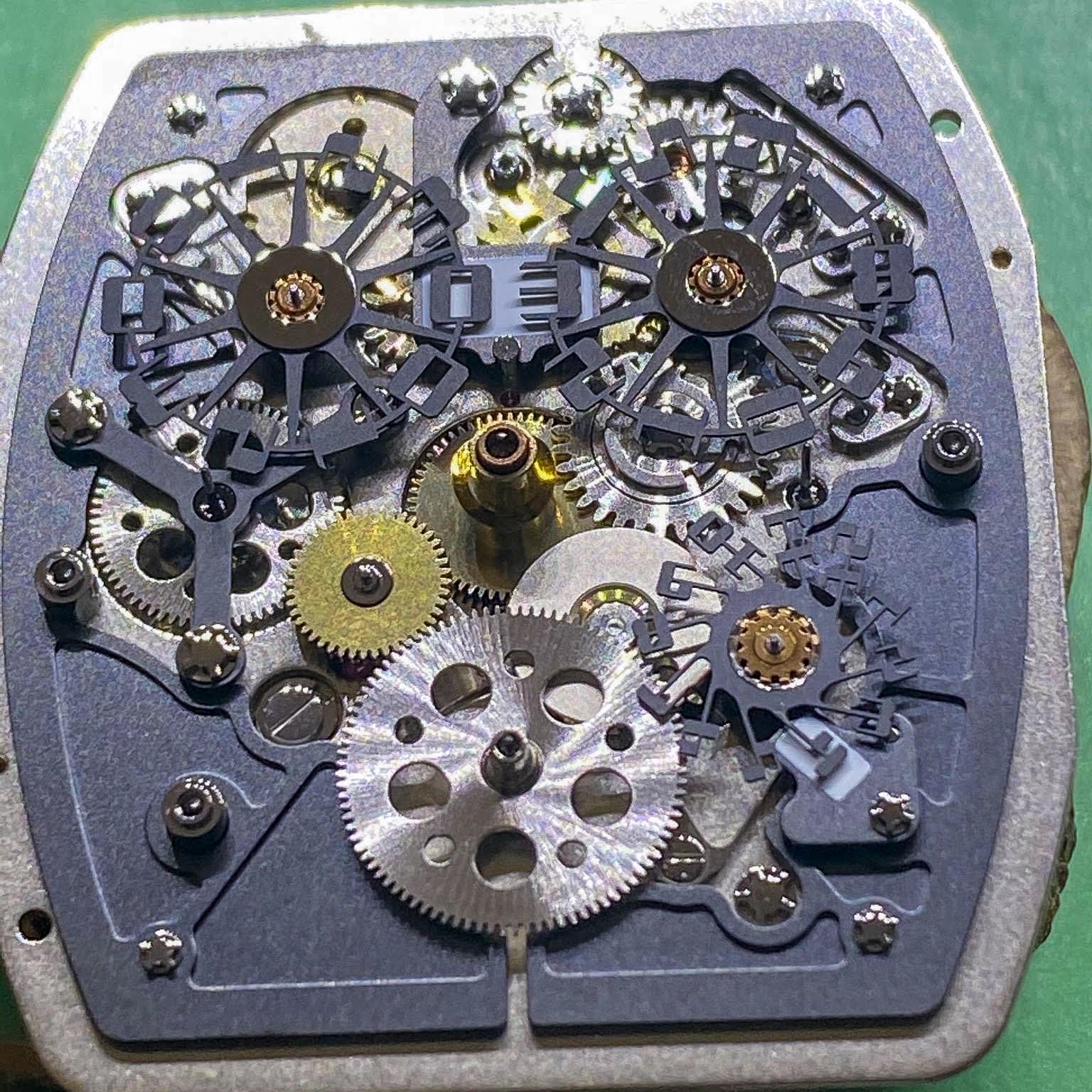 Amram received a step by step update of his watch from the moment it was disassembled until it was ready for pick up. No other repair center makes this happen for their customers. The time and dedication Gray & Sons team takes behind every repair is what marks the difference every time. 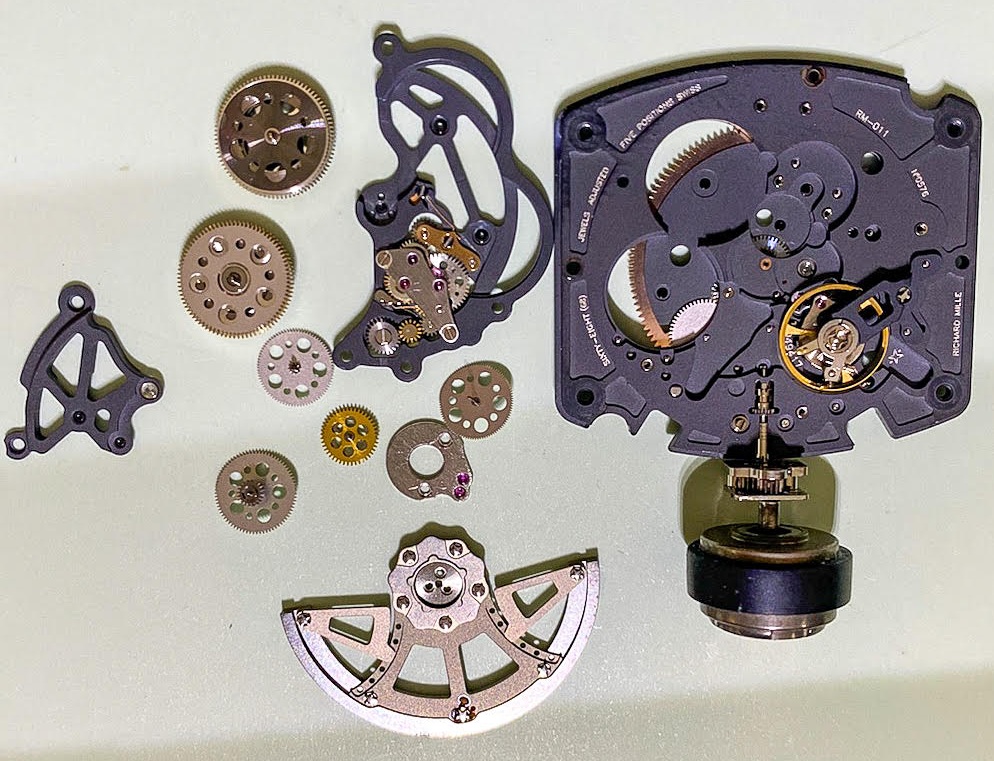