In an age where the time has never been more accessible—whether through your smart phone, tablet, laptop or other portable electronic device– old fashioned style is permeating the fashion world in the form of pocket watches.

Panerai, Parmigiani and Vacheron Constantin have recently released new pocket watch models (featured above).  For Panerai, its 59mm black ceramic tourbillon GMT model PAM is the company’s first pocket watch release—ever!  The watch, which is sportier than typical pocket watches, features a see through sapphire crystal back and black ceramic watch chain.  The see through case shows off the inner workings of the watch, including the twelve rods suspending movement in the center of the case which serve as hour indicators.

Vacheron Constantin took a more classic approach with the Patrimony Contemporaine.  This pocket watch is done in rose gold and features a leather strap and pouch.  A gold chain is also available for those who prefer the appeal of a more vintage pocket watch.

Parmigiani released an “all in one” style pocket watch called the Transforma CBF which, true to its name, morphs into a wrist watch and a desk clock simply by changing from a fob to a strap or by resting the timepiece in its custom case.

These newly released models show that while the pocket watch prototype is coming back, designers are giving it more modern, innovative twists and an edgier style.

Pocket Watches Through The Ages 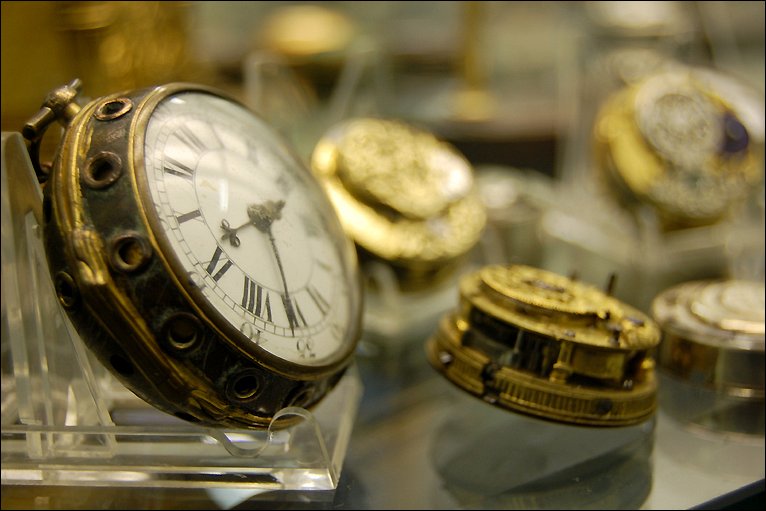 Pocket watches date back to 17th century Europe and were derived from clock-watches, which were timepieces that were either fastened to clothing or worn on a chain around one’s neck.  It is said that having your own timepiece was a status symbol as it allowed for independence from the town clock. The evolvement of clock-watches to pocket watches is said to have occurred in the 1600s when Charles II of England introduced waistcoats.  In order to fit into the waistcoat pockets, the round, flattened shape of the pocket watch was developed.

In the 19th century, European watchmakers (mostly Swiss—big surprise there!) exported millions of pocket watches to wealthy buyers in China, the Ottoman Empire, Egypt and Iran.  These buyers regarded them as jewelry and collectible pieces.

With antique pocket watches being coveted at auction houses, the market for new pocket watches is also on the rise, and designers are taking advantage.  Karl Lagerfeld’s newly released pocket watch was featured in Vogue Paris in March of this year.   The pocket watch, displayed below, features a long silver tone stainless steel chain, allowing the watch to also be worn as a necklace.  Its black sun-ray dial with silver tone indexes gives this timepiece a polished and androgynous look. 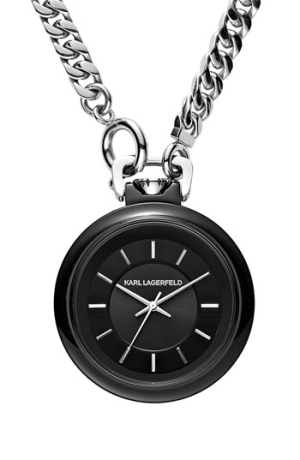 We here at Gray & Sons are excited to see what the upper-crust watch houses do with the newfound market for pocket watches. In the meantime, we have a large selection of fully-restored pre-owned pocket watches in our Miami Beach showroom. Click here to view our antique and vintage pocket watch collection! 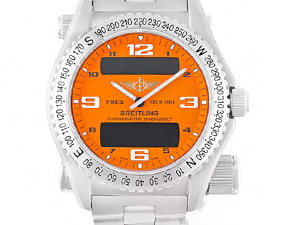 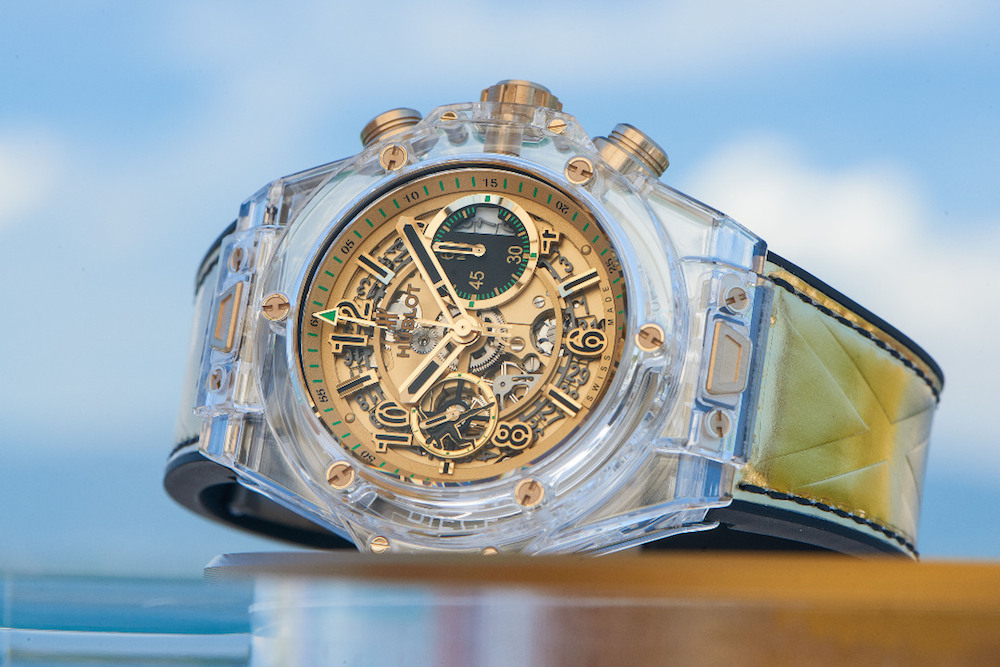