All The Right Angles: Five Iconic Square Watches For Men

While much less popular than round timepieces, there’s something very appealing about square watches. Born during the Art Deco movement, square watches celebrated the trend toward geometric shapes. Even today, a square case is quite a daring shape for luxury watches and subsequently, there aren’t as many of them. Some square watches, however, broke the mold and are today instantly recognized for their shape. So in a sea of curves, flaunt a straight edge with one of these five iconic square watches for men.

Perhaps the most famous of all square watches for men, the Cartier Santos was the world’s first pilot’s watch and Cartier’s first tool watch. Louis Cartier presented it to his friend and pioneering aviator Alberto Santos-Dumont in 1904. Santos-Dumont had asked Cartier to build him a timekeeping instrument that wouldn’t get in the way of flying, so Cartier made him a watch to be worn on the wrist—a novel idea when men only wore pocket watches.

The Cartier Santos is still one of Cartier’s most popular models today. Characterized by its square case, bezel with exposed screws, Roman numerals, and sword-shaped hands, there are so many different versions of the Santos watch for both men and women. The Maison introduced the Cartier Santos 100 to mark the watch’s 100th anniversary. With its large stainless steel case, black alligator strap, and iconic design details, it’s a contemporary version of a men’s square watch rich with history.

Another iconic fine watch that was built for a purpose is the Jaeger-LeCoultre Reverso. However, rather than for flying, Jaeger-LeCoultre made the Reverso specifically for polo players. British officers playing polo in India in the 1930s had a need for a watch that wouldn’t break during intense matches. So Jacques-David LeCoultre obliged and the Reverso was born in 1931. To protect itself from polo mallets, the rectangular Reverso was able to rotate so that the delicate face of the watch would be safely tucked away while the robust caseback would be exposed.

Over 85 years later, the Reverso remains a flagship model of Jaeger-LeCoultre with so many different editions in a slew of metals, sizes, and functionality. Particularly sporty versions of the Reverso are the Squadra square watches for men. Although the Reverso is typically rectangle in shape, the Reverso Squadra is in fact square, lending it a sportier and more masculine silhouette. Crafted in 18k rose gold, this particular version of the Reverso Squadra is an ultra luxurious take on the polo watch. It’s also replete with functions—second time zone, am/pm indicator, date window, and running seconds subdial—thanks to its automatic mechanical movement, which can be seen when the watch case rotates to its second position.

Another standout among square watches for men is the TAG Heuer Monaco chronograph, which was originally the Heuer Monaco. Making its debut in 1969, the Monaco was the brand’s first automatic chronograph and the company’s first square watch. Named after the Monaco Grand Prix, this sporty timepiece starred alongside Steve McQueen in the movie, Le Mans. How’s that for pedigree!

Always retaining its signature shape, the square TAG Heuer Monaco is available in a variety of materials and functionalities. This particular TAG Heuer Monaco is in 18k yellow gold with a classic light dial. The dial houses all the necessary registers for the accompanying chronograph function. Designed in an easy to read manner, most indicators on the dial are also in yellow gold. What’s more, the duo of chrono pushers flanking the winding crown are subtle in size rather than overbearing.

A relatively young company in high-end watchmaking, Roger Dubuis founded his eponymous brand in 1995. However, in just over two decades, Roger Dubuis has firmly established itself as an haute horology brand specializing in daring designs and beautifully decorated in-house movements. Take for example the Roger Dubuis Golden Square collection.

As its name suggests, this lineup of Roger Dubuis square watches for men features square cases fashioned in gold. This specific model sports an 18k white gold case, black oversized Roman numerals, and blue steeled hands. For optimal comfort, the square case curves perfectly on the wrist for a great fit. The dial of this Roger Dubuis Golden Square watch only includes only an hour and minute hand at the center of the numerals. Plus, turn the watch over and you’ll spot the Roger Dubuis automatic movement via the transparent sapphire glass.

If there’s one thing Bell & Ross is famous for, it’s their assortment of square watches for men. Although Bell & Ross have other designs, it is their watches with square cases and round dials that are the most popular. Another relatively young brand from the early 1990s, Bell & Ross has skyrocketed to fame due to their ability to make aviation inspired instruments that people want to wear.

Along with the case shape, the Bell & Ross BR-01 also includes other design hallmarks. There’s the quartet of oversized Arabic numerals, exposed screws in each corner, and large luminescent hands. The faces of the watch are reminiscent of aviation dashboard gauges. The 18k pink gold and steel with black PVD coating version of the Bell & Ross BR-01 is an especially luxurious edition. It comes equipped with a black alligator strap and a matching 18k pink gold pin buckle.

So the next time you’re looking for a distinct timepiece to wear, don’t overlook the beauty and uniqueness of a square watch. There are plenty of styles of square watches for men at a range of budgets, so which will it be? It is indeed, hip to be square! 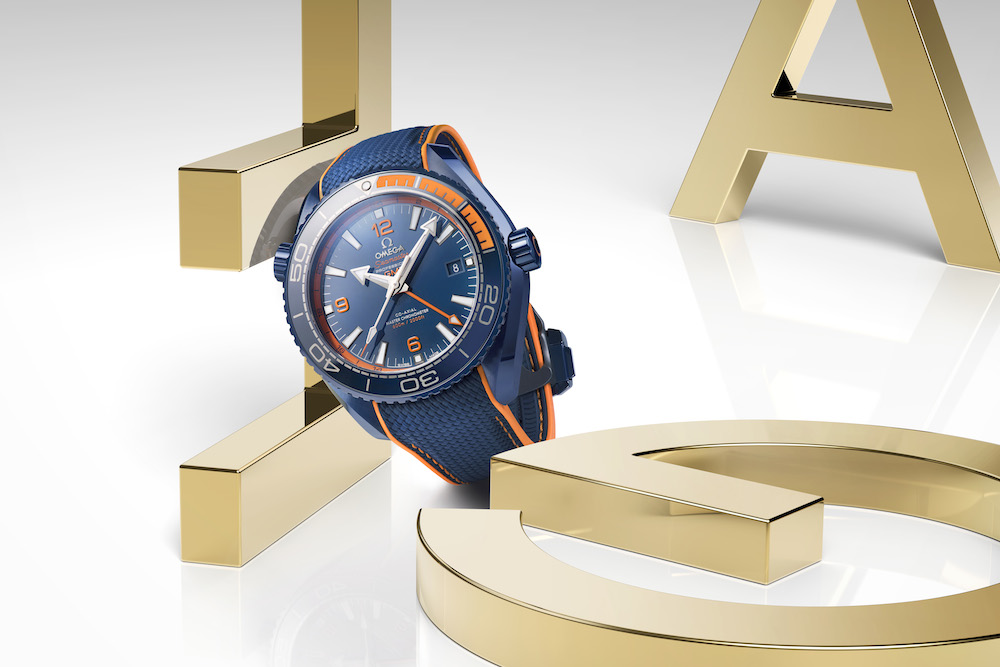 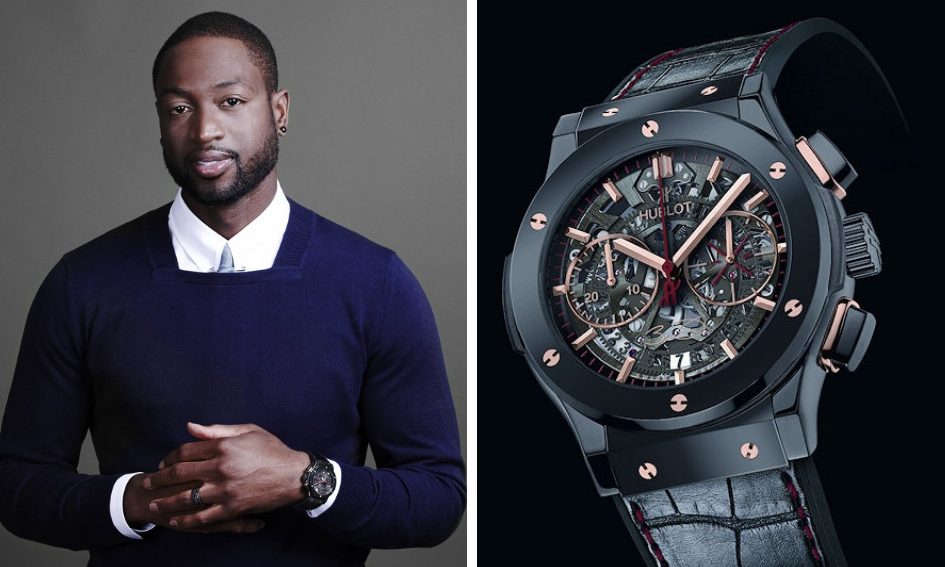 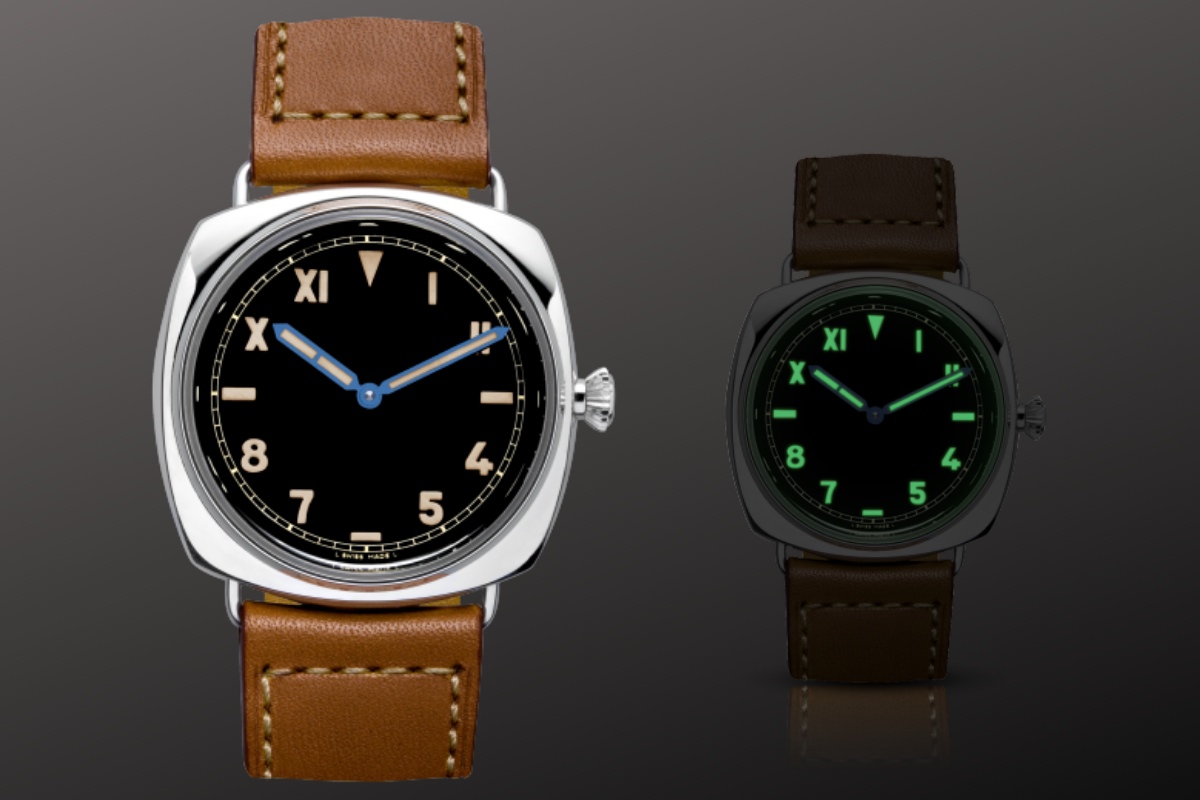