A Drive with the Cartier Roadster

One of the most recognizable men’s watches from the Maison, the Cartier Roadster made its debut in 2001. Although the Cartier Roadster is no longer produced by the company, they are still readily available in the pre-owned luxury watch market. Furthermore, given its bold design, unmistakable silhouette, and variety within the collection, they’re still very popular too. Let’s take a closer look at the Cartier Roadster’s history, design inspiration, and some key models.

Something that has been at the heart of Cartier’s design language since its early days as a watchmaker, is developing non-round watch cases. These types of timepieces are labeled as “shaped watches’ by Cartier and it was Louis Cartier (1875-1942), the grandson of the founder, who is credited for making them fashionable during an era where round watches were the norm. Following in the footsteps of the square Santos watches, the rectangular Tank watches, the oval Baignoire watches, and many others, the modern Roadster watch also sports a distinct watch case.

In the luxury watch space, there are plenty of timepieces that take their inspiration from automobiles and motorsports. Think Rolex Daytona, Breitling for Bentley, and the TAG Heuer Carrera, just to name a few.

The Roadster, on the other hand, is Cartier’s more elegant take on the world of cars. As its name suggests, it’s a watch that’s heavily influenced by luxury roadsters, specifically from the 1950s and 1960s. For example, the Cartier Roadster includes an oversized date magnification lens that is meant to recall the beautifully curved glass windshields featured on a number of vintage cars from the fifties and sixties. Carrying on with the automobile inspiration is the winding crown. Some say the crown mimics the look of a car radiator while others claim it’s a tribute to tires.

What’s more, some models of the Cartier Roadster came equipped with dials clearly influenced by car speedometers, complete with large Arabic numerals, concentric circular details, minute hash marks, and thin seconds hand. There’s even a dial design, affectionately known as the Roadster “Las Vegas” dial, which bears an uncanny resemblance to the speedometer of the Porsche 356 Speedster car. Along with these motoring-inspired types of dials, Cartier also offered more traditional dial designs with the familiar Roman numerals, railroad tracks, and the famed Cartier ‘secret signature” we’ve come to expect from the brand.

The Roadster was one of Cartier’s first models to feature the brand’s practical quick-release lug system, which makes changing the bracelet or strap a breeze. And we all know that switching out the strap of a watch changes its overall look—a simple way to get plenty of different looks from just one watch. If you look closely at the four indentations in the lugs housing screws, their shape is very much like the headlights of the vintage Jaguar E-Type.

The Variety of the Cartier Roadster

The beauty of Cartier watches lies in the brand’s ability to stay true to design codes while still offering plenty of choices. And in true Cartier fashion, the Roadster watch is available in a bevy of different styles–for both men and women. While each timepiece is unmistakably a Roadster, Cartier made the model in a variety of metal, size, dial, and bracelet configurations, in addition to providing a selection of complications.

First of all, there are plenty of size choices within the Cartier Roadster line. Sizes range from small women’s models to XL sizes with cases measuring around 43mm–and plenty in between. As expected, the Cartier Roadster is available in different materials including steel, yellow gold, and two-tone steel and gold. There are also opulent gold and diamond versions of the Roadster watch. Some especially noteworthy versions were the limited-edition Roadster models with Walnut burlwood dials and matching Walnut burlwood center links on the bracelets released in 2008. Cartier only made 250 pieces of the Roadster Walnut Roadster in pink gold and 150 pieces in white gold.

In addition to the time and date versions of the Roadster, Cartier also made Roadster Chronograph editions and Roadster GMT models.

Although the Cartier Roadster enjoyed solid popularity during its time, it was ultimately shelved by the brand a few years ago in favor of other men’s watches.

These days, the Maison is focusing heavily on the new Drive de Cartier for men as their quintessential dress watch, as well as new versions of the Santos and Tank. Thankfully, Cartier Roadster watches can still be found in the pre-owned watch market and many of them look as fresh today as they did at launch. Whether in steel or gold, small or large, simple functionality or fitted with additional complications, there’s a Roadster watch out there for anyone who loves a luxury tonneau-shaped watch.

Cartier is the master of making watches that blend elegance and sportiness and the Roadster is a prime example of that mastery. 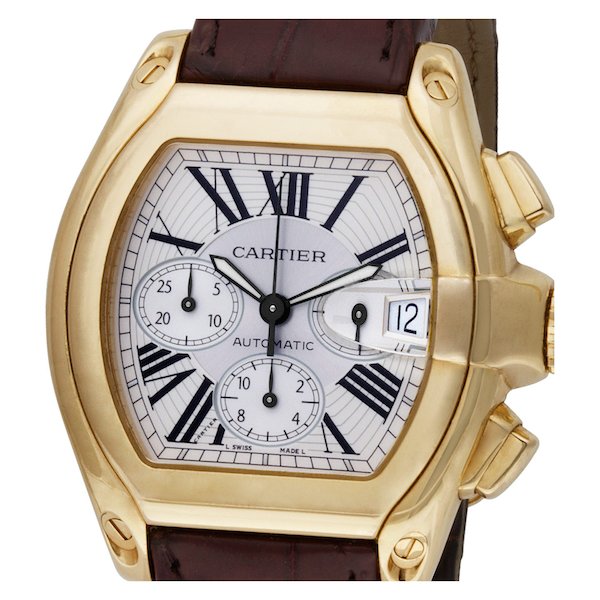 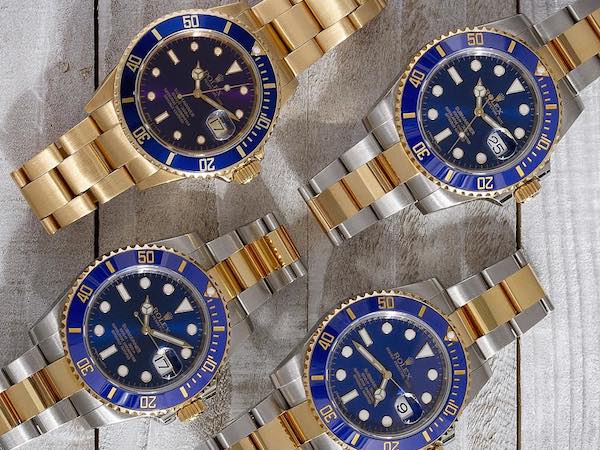